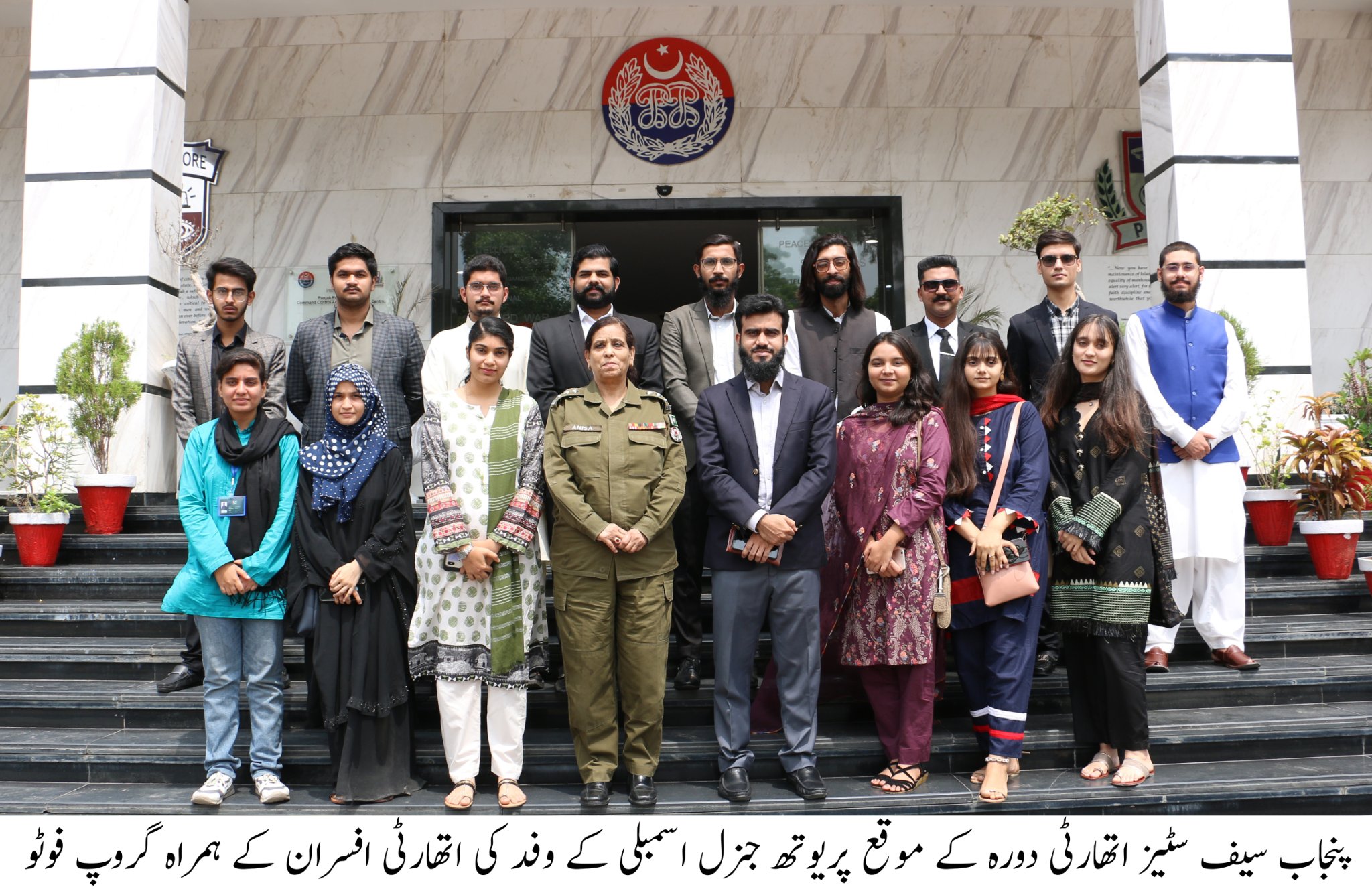 A 20-member delegation of the youth general assembly visited Punjab Police Integrated Command Control and Communication Center (PPIC3) to secure first-hand insight into the facility. The Director of public relations PSCA Tauseef sahib briefed the delegation about various arms and functions of the project and the advanced technologies supporting the same. The delegation was comprehensively briefed about Punjab Safe Cities Authority’s Intelligent Traffic Management System, Artificial Intelligence and Modern Communication System. They were briefed about 15 Emergency helpline system, operations monitoring and surveillance, Criminal Identification and Investigations. On the occasion, Director Public Relations Tauseef Sabih Gondal said that the Safe Cities project is helping and extending its full support to the police and courts in the investigations and trials of criminal cases. More than 17,000 footage are shown to the LEAs and about 12,000 footage are handed over to the courts as evidence. Safe Cities role in the revival of cricket in Pakistan has been exemplary, he added. The delegation acknowledged the project as a marvel of technology and a milestone towards the beginning of a new Police culture. The launch of the Punjab Police Women Safety App is a commendable achievement of the Safe Cities Authority, they added. At the end of the visit, the delegation participated in a web TV program of Punjab Safe Cities Authority.
*