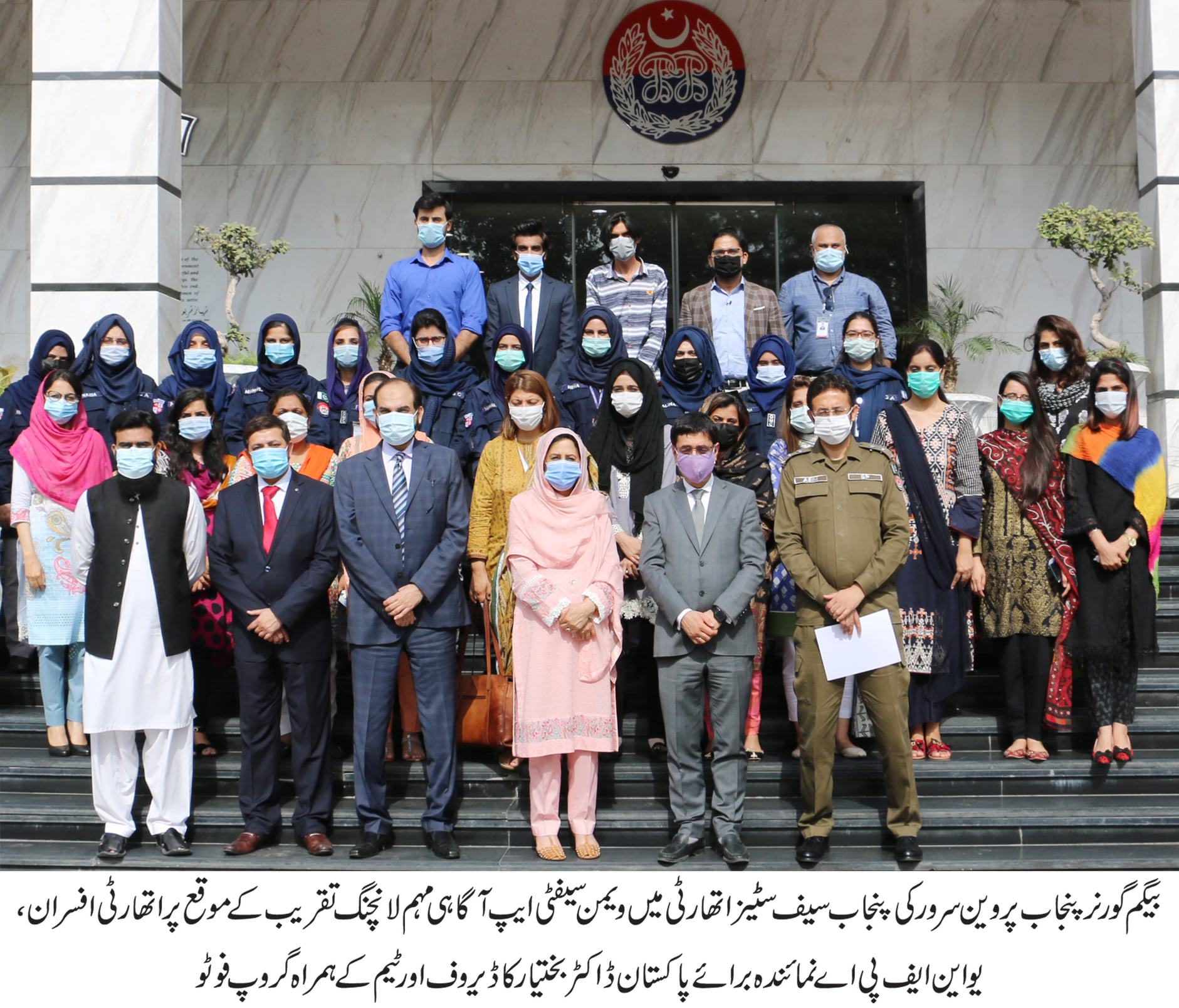 Begum Governor Punjab Parveen Sarwar launched “Punjab Police Women Safety App”awareness campaign in PSCA headquarters here on Thursday. The launching ceremony was attended by the chief of UNFPA Pakistan Dr. Bakhtior Kadirov, delegates form UNFPA, PSCA female staff and police communication officers. On this occasion, Chief Operating Officer PSCA, Muhammad Kamran Khan gave a briefing on the working and key features of the Women Safety Application, revamped by the authority. Begum Governor Mrs. Parveen Sarwar said that the Women Safety App is introduced to ensure timely assistance to women in any emergency situation. She added that the purpose of the campaign is to educate and aware women regarding their rights. Even in developed countries, such excellent applications for the protection of women are not available and it’s a distinction for Pakistan, she added. On this occasion, chief United Nations Population Fund (UNFPA) for Pakistan Dr. Bakhtior Kadirov said that the UN will provide all possible assistance for the awareness campaign of women safety application across Punjab. For this purpose,a five-day training course was also conducted at PSCA in collaboration with UNFPA. The chief operating officer PSCA Muhammad Kamran Khan briefed the participants about the key features of the Women Safety App and its latest stats. He said that Punjab Safe Cities Authority is running an awareness campaign on the use of Women Safety App in all educational institutions. Later,certificates of appreciation were also given to the officers who played a significant role in designing the Women Safety App Awareness Campaign. Mrs.Governor also participated in the PSCA Web Tv special program.