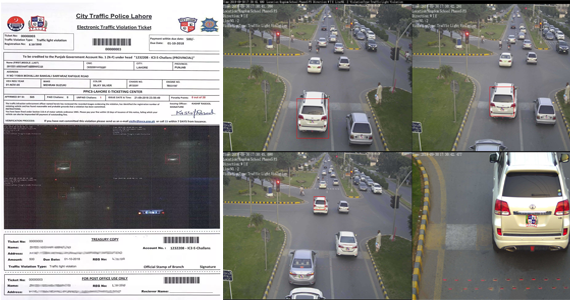 The vehicle was intercepted by traffic wardens on the instruction of PSCA. Vehicle e-challans were checked through an app provided by the authority to the traffic police. The vehicle was found to be in default of 105 e-challans. The vehicle was seized at Mazang police station for non-payment of the fine. The amount owed by the owner of the non-paying vehicle is Rs.50, 300.

According to the spokesperson of Punjab Safe Cities Authority, The vehicle will be released after full settlement of the e-challans fine. A joint operation of City Traffic Police and Safe Cities is underway against non-paying e challan vehicles. For smooth action, the authority has also provided App and printers to the city traffic police. With the help of App, e-challan non-paying vehicles can be easily checked status. Moreover, CTO has also formed 17 teams in this regard also taking action against defaulter vehicles. The spokesman added citizens can visit https://echallan.psca.gop.pk to check the status of E-Challan against their CNIC and registration number.