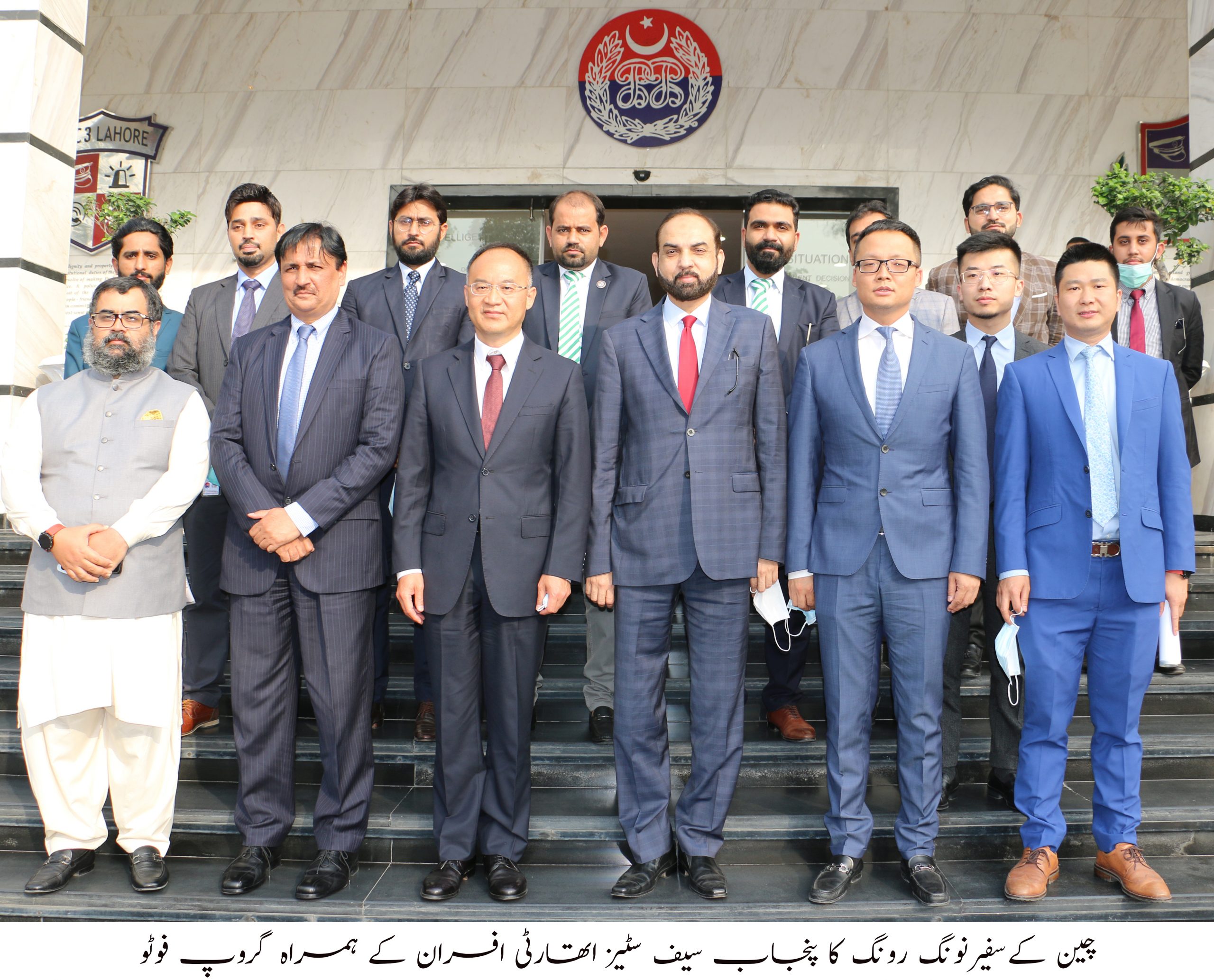 Chines Government will provide assistance in setting up Safe City projects in other cities of Punjab: Ambassador

The Ambassador of the People’s Republic of China to Pakistan Mr. Nong Rong and the Chinese Consul General, Lahore visited Punjab Safe Cities Authority Headquarter Lahore along with a delegation of senior diplomats here on Thursday.
The delegation was received by MD PSCA, Rao Sardar Ali Khan, and COO PSCA, Muhammad Kamran Khan. The duo briefed Ambassador Nong Rong and Consul General on scopes and domains of IC3 commending the integrated efficacy of Intelligent Traffic Management System, E-Ticketing, and Crime Control through geo-strategic advanced Cam-surveillance modalities in place. Chinese Ambassador Mr. Nong Rong was truly impressed by the project’s profoundness of purpose and design incorporating advanced technologies and latest gadgets as he expressed his thoughts that PSCA is a great project that demonstrates the cooperation, friendship, and collaboration between China and Pakistan. “This high-tech state of the art project of Punjab government and Police is uniquely impressive”, he added. I can assure full support of Chinese government and Chinese Companies for all such excellent projects envisioned across Punjab, added Mr. Nong Rong. He commended PSCA’s IC3 project as an inevitable and imitable venture for mega urban cities such as Lahore and likes. It’s a great pleasure to see the Lahore Safe City established on Chinese-Model. We will also provide assistance in setting up Safe City projects in other cities of Punjab. The visit was concluded with the presentation of souvenir shields from both sides.