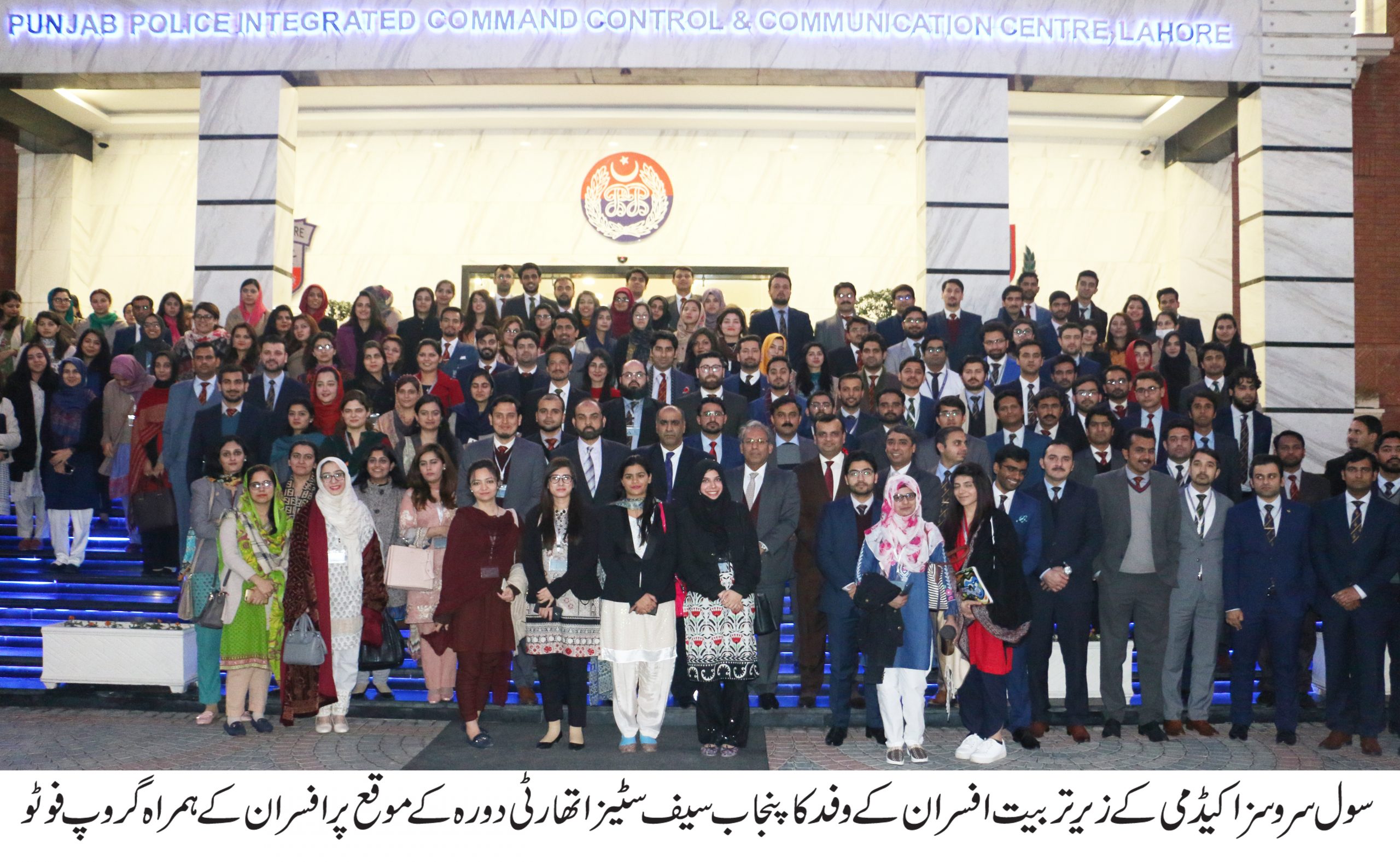 The delegation acknowledged the project as a marvel of technology and a milestone towards the beginning of new Police culture. While expressing their views the officers said that such projects equipped with latest technologies were guarantee to Pakistan’s bright future. The delegation was, later, presented with souvenir shields by the management of PSCA.