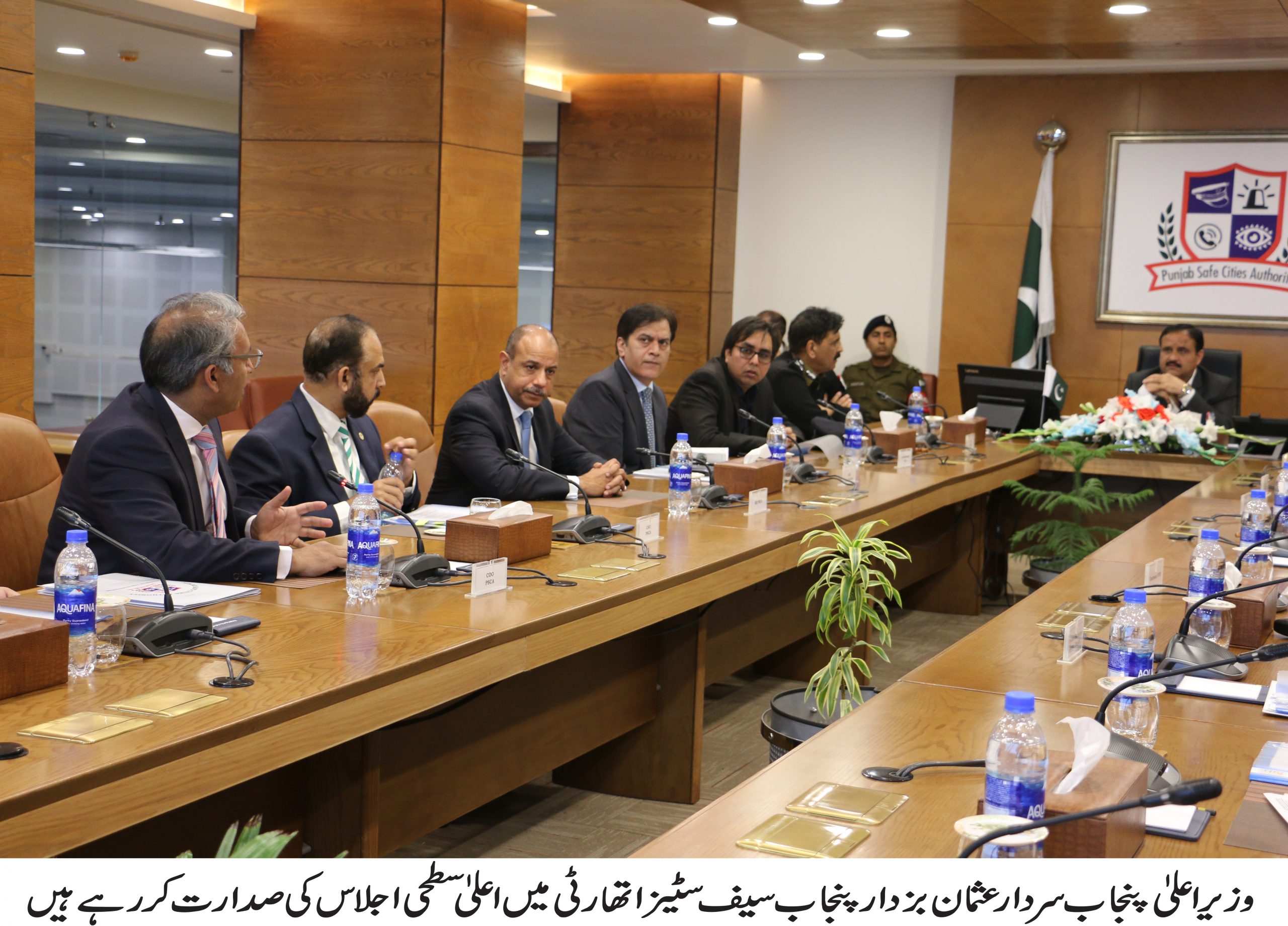 Chief Minister of Punjab Usman Buzadar chaired 24th Board Forum of Punjab Safe Cities Authority held today in PSCA Headquarters at Qurban Lines. He announced that PSCA ambit would be enhanced and similar projects would be introduced soon in major cities of the province. Construction phases have already been completed for cities such as Sargodha, Bahawalpur, Multan, Rawalpindi, Faisalabad and Gujranwala, he added. He also sanctioned recruitment of staff to meet the needs whereas for the already employed workforce he delightfully approved career plan incorporating imperative changes in service regulations. The same include, but are not limited to, provisions such as Death in-service benefits and 90-day maternity leave for the female workers. He also announced gratuity for the staffs upon successful completion of an year of service. He advised policymaking on contract extension of up to four years for a promising staff and correspondingly no extension for the non-starters. He further evaluated the mechanism of E-Challaning and advised to introduce online payment mechanism ASAP. At this moment Chief Operating Officer PSCA Akbar Nasir Khan briefed the CM on progress of E-Challaning that secured rupees 100 Mn against approximately 925,000 violations electronically ticketed, so far.

The meeting was followed by CM’s visit to various sections of authority’s premier project PPIC3. The CM praised the highly maintained professional standards, amenities and working environment for staffs.

The CM Entourage was comprised of dignitaries of the likes of CM’s Spokesperson, IGP, Chairman PITB, Chairman P&DD, CCPO Lahore and other officials.