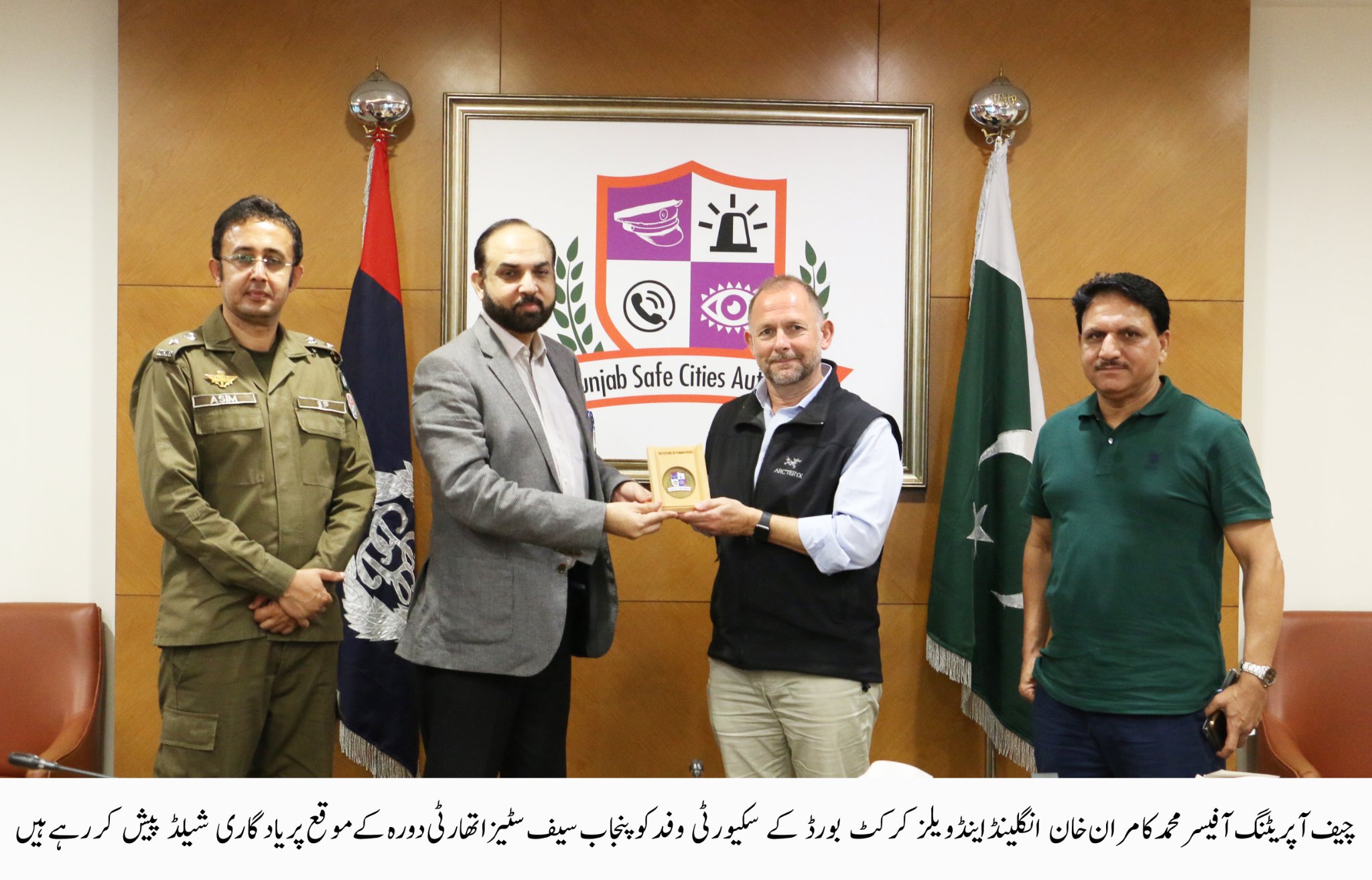 A high-level security delegation of the England and Wales Cricket Board (ECB) along with the representatives of the Pakistan cricket board visited Punjab safe cities authority headquarters Qurban lines here on Thursday to overview and assess the security arrangements for England’s upcoming tour of Pakistan later this year. The England and Wales Cricket Board (ECB) delegation comprised Richard Snowball, Robert Lynch, John Carr, and Reg Dickason along with PCB officials. The Chief operating officer PSCA Muhammad Kamran Khan gave a detailed briefing on the security arrangements by safe cities authority outside and inside the Qaddafi stadium, airport, hotel, and on parking routes with the use of 4G/LTE technologies. The Chief operating officer Muhammad Kamran khan also briefed about the deployment of the police force and the support of law enforcement agencies on foolproof security. The ECB delegation was received briefed about surveillance footage of the security arrangement made for the PSL, Australia, Sri Lankan, and Bangladesh matches held in Lahore. The security delegation was impressed by the monitoring with the help of cameras and expressed satisfaction over the security arrangements by PSCA. The visit was concluded with the presentation of a souvenir shield to the delegation from the Punjab safe cities authority.