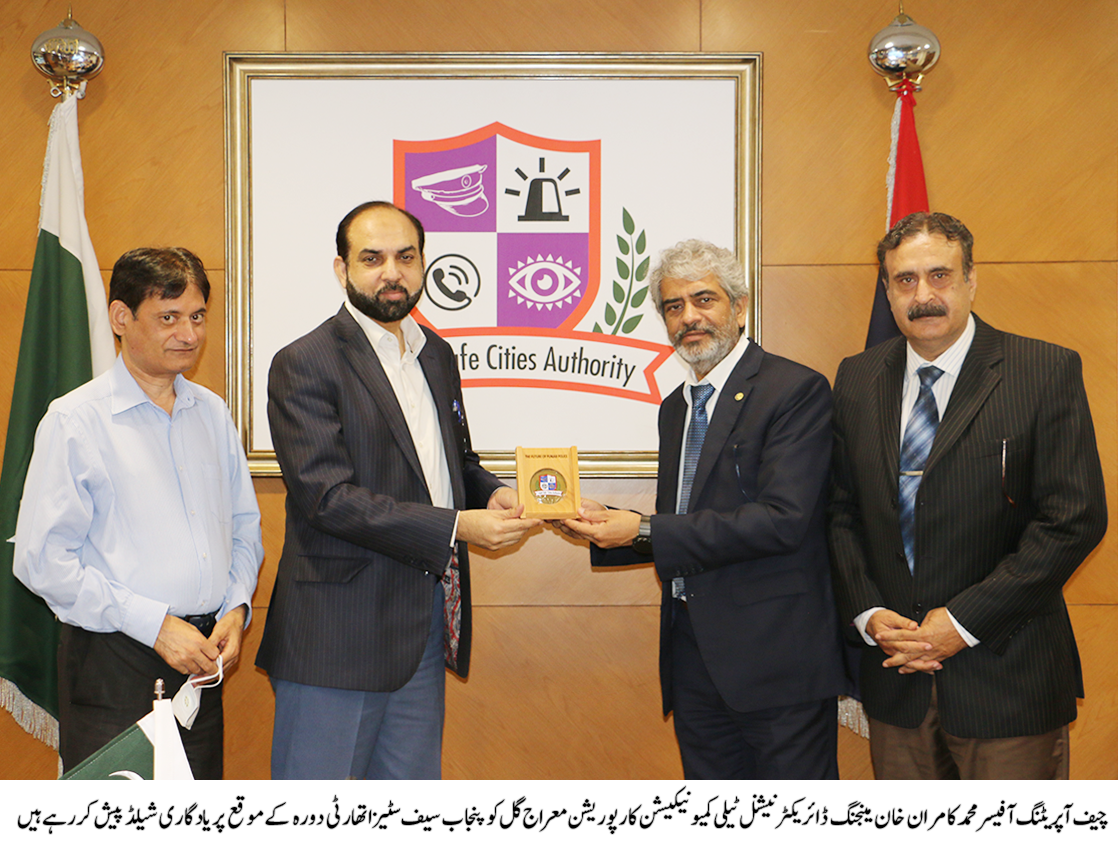 Managing Director of National Telecommunication Corporation Mr. Miraj Gul visited Punjab Safe Cities Authority headquarters along with a delegation here on Friday. The visit was aimed to seek authority’s guidance for the establishment of Pakistan Emergency Helpline (PEHL-911) as per the direction of worthy Prime Minister. It is pertinent to mention here that one central emergency helpline 911 is being established in the country to deal with all emergency situations. MD NTC’s visit to PSCA was in link to establish the Punjab Center for PEHL-911. The Chief Operating Officer PSCA DIG Muhammad Kamran Khan briefed the delegation about various arms and functions of the authority dealing in 15 Operations, Police Dispatch Unit, Media Monitoring Center, and the PSCA insignia Cam-surveillance Operations Management Center. On this occasion, the MD NTC Miraj Gul said that PSCA is running PUCAR-15 center for Punjab quite successfully. We are learning from the authority’s experiences for establishment of (PEHL-911) Punjab Center, he added. He further said that PEHL- 911 initiative is being made more effective with the active and able support of Punjab Safe Cities Authority. The Chief Operating Officer PSCA Muhammad Kamran Khan said that the police response time in the province has significantly improved due to systematic work in PUCAR-15. Punjab Safe Cities Authority and National Communication Corporation will work together for “PEHL-911” to make it a success, he added. Chief Operating Officer Muhammad Kamran Khan also presented a commemorative shield to the MD National Telecommunication Corporation.