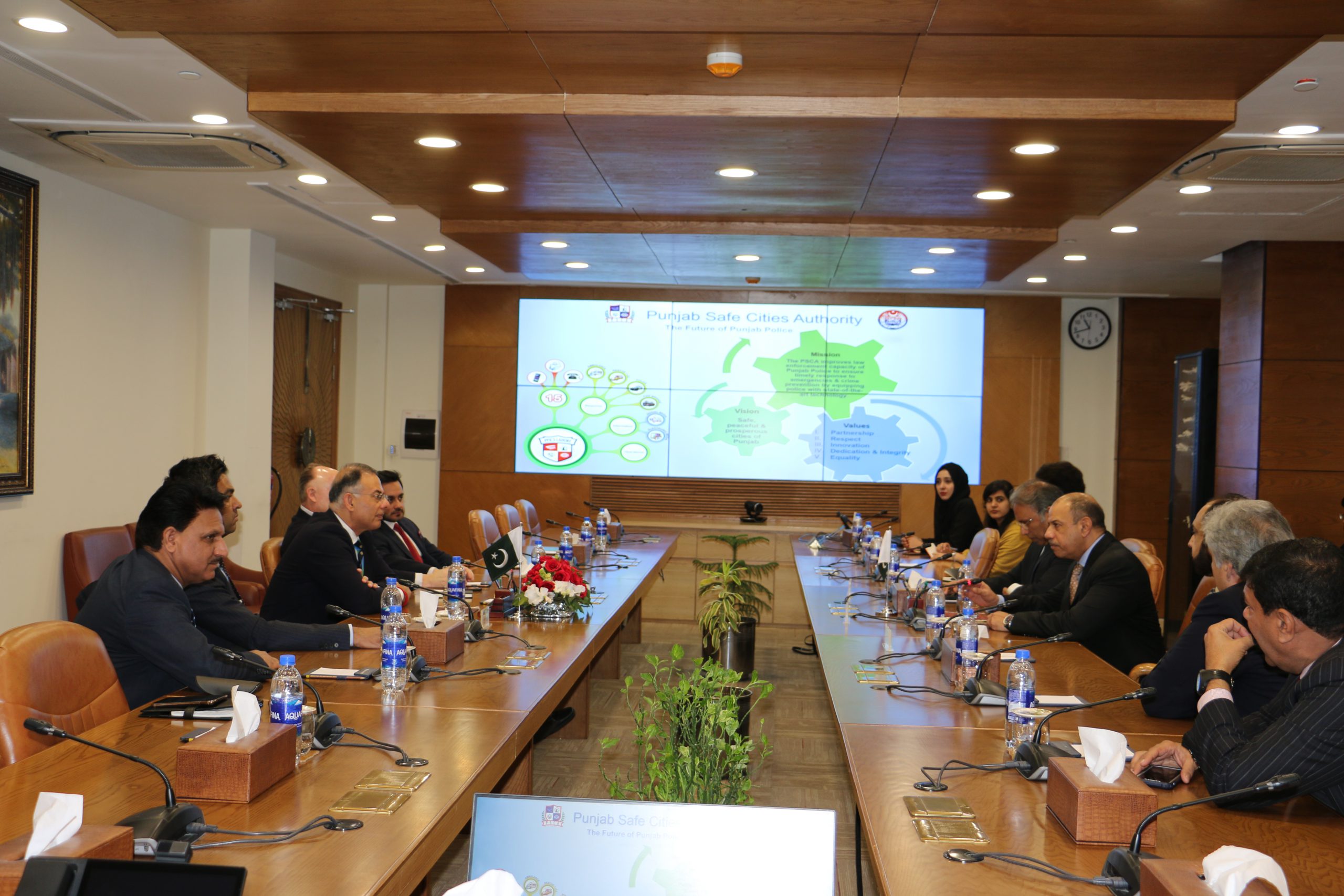 According to details, High level delegation was briefed by Managing Director Ali Amir Malik, Chief Operating Officer Akbar Nasir Khan and Chief Administration Officer Kamran khan. Briefing was given about security arrangements by Safe Cities Authority outside and inside the Qaddafi Stadium, Airport, Hotel and on Parking Routes with the use of 4G/LTE technologies.

The Chief Operating Officer Akbar Nasir Khan took the former delegation to various sections of the authority and briefed them about the project’s key role in bringing back international cricket to Pakistan. Briefing was also given about the security arrangements of Pakistan vs Bangladesh T20 Series. Delegation shown satisfaction on security measures which increased the chances of international cricket in Pakistan.

ICC delegation praised and appreciated the efforts and arrangements made by PSCA. The visit was concluded with the presentation of souvenir shield to the delegation from the Punjab Safe Cities Authority.