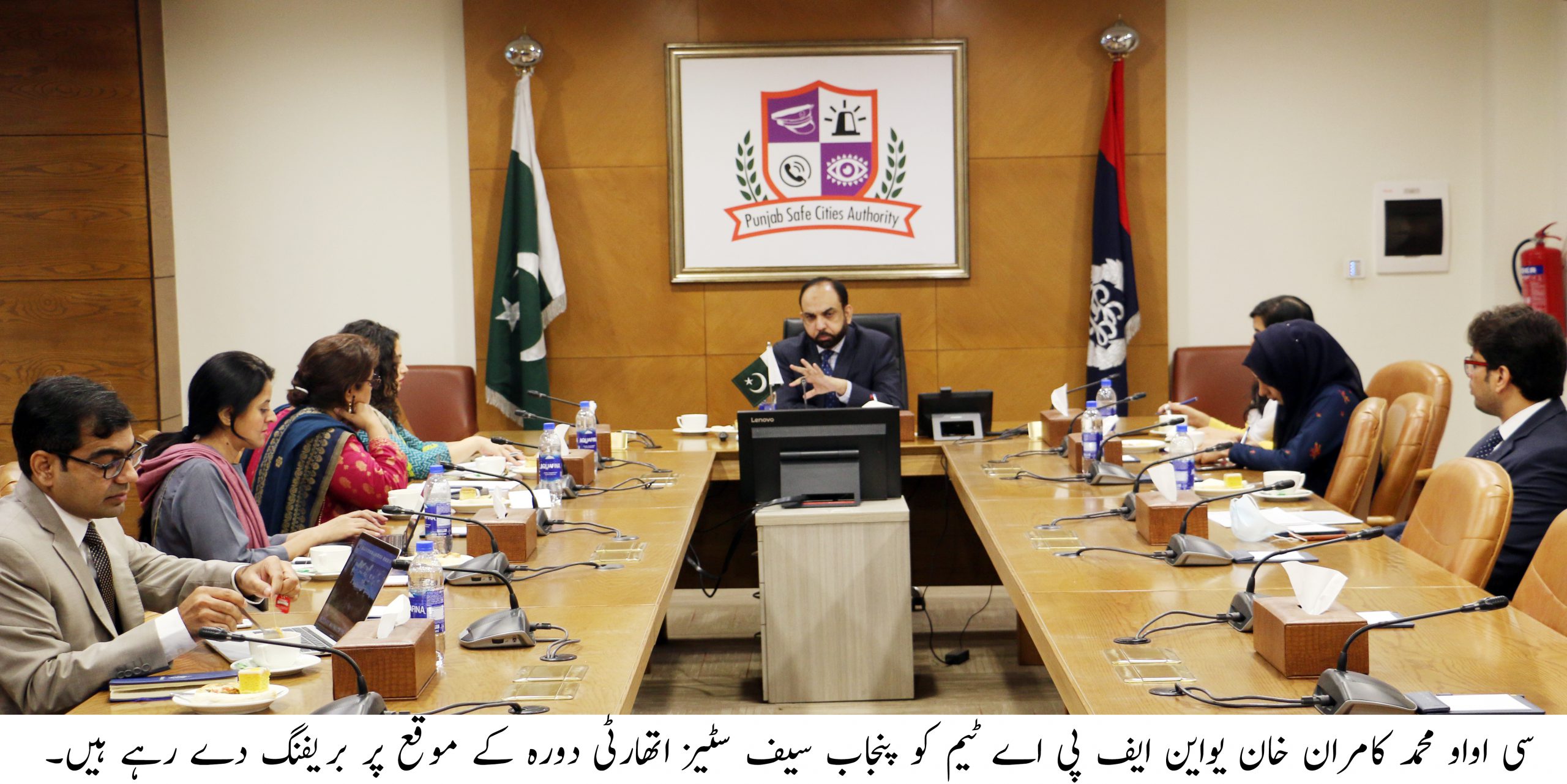 On this occasion, the delegation was taken to the Authority’s various section like Operations and Monitoring Center, PUCAR 15Center. The delegation was also briefed about Media Monitoring Center, Advanced Traffic Management System and Automatic Number Plate Recognition System. The delegation was given a detailed briefing on the usefulness of the Safe Cities project in the security situation. During the visit, the delegation reviewed the security and monitoring process with the help of PSCA cameras. International Family Planning Adviser to the United Nations Dr. Yilma Al-Azar said that this is the first time I have visited Lahore and such a large security wall Installed by PSCA is amazing. I am very happy to see this technologically equipped Department.

The participants also expressed awe and satisfaction on authority’s prowess to record and produce geo-positioning data and tagging of vehicles within by the virtue of Automatic Number Plate Recognition (ANPR) technology and the network of strategically placed cameras, in various municipalities, endowed with the same. The participants of the delegation said that the implementation of the modern system of international standards for security is commendable. The working and system of the authority are similar to that of NASA. They termed PPIC3 a monumental achievement towards integrated policing. Later, a commemorative shield was also presented from the Punjab Safe Cities Authority.