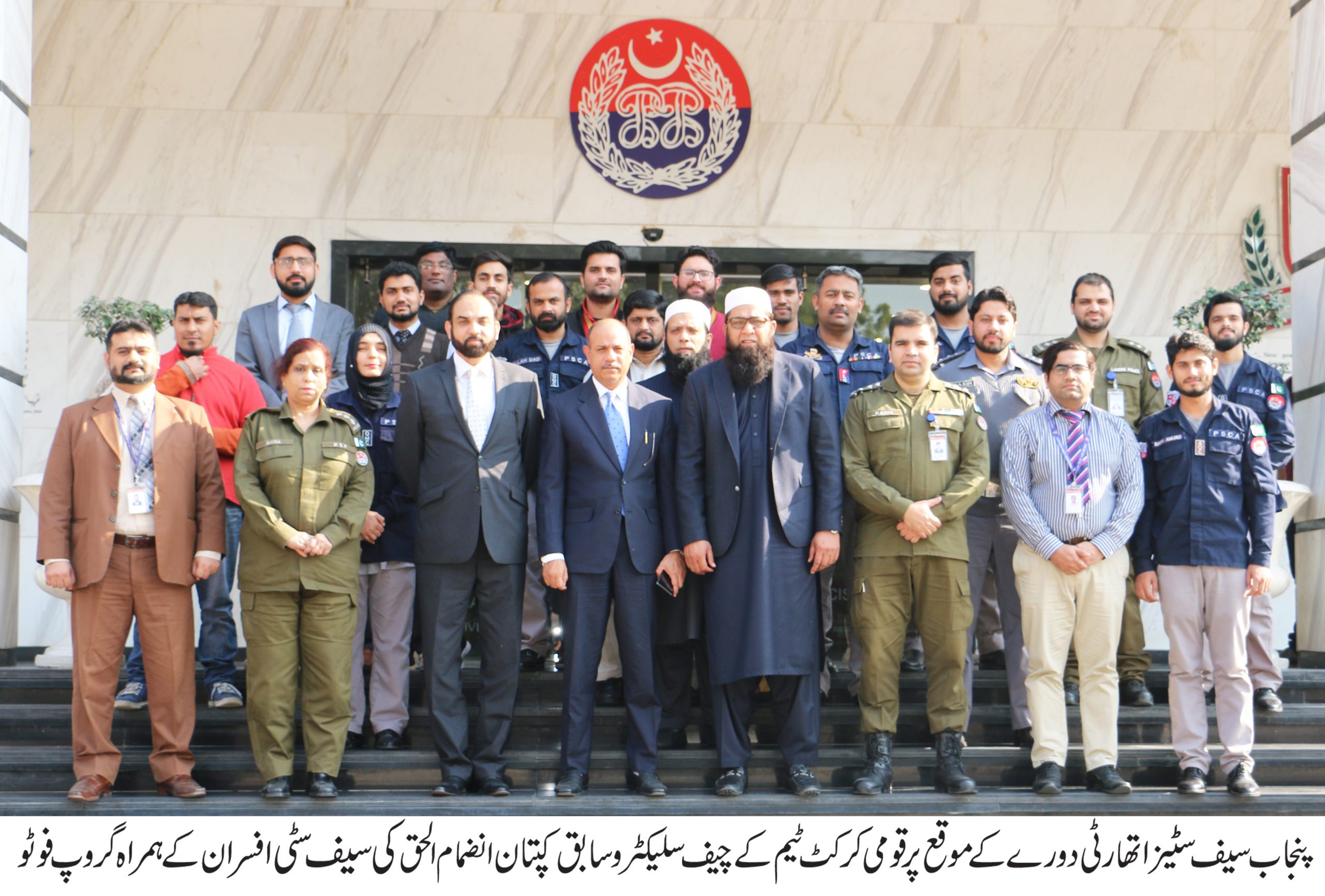 INZAMAM UL HAQ WILL BE THE BRAND AMBASSADOR OF PSCA

Legendary Cricketer, star Batsman, Man of the Crisis and Former captain of the Pakistan Cricket Team Inzama Ul Haq visited Punjab Safe Cities Authority Headquarters here on Thursday. The Managing Director AIG Malik Ali Amir took the former Cricketer to various sections of the authority and briefed him about the project’s key role in bringing back international cricket to Pakistan. Chief Administrative Officer DIG Kamran Khan told the honorable guest that average age of officers working in the project was 24 years and that the same were inducted by following a merit-based policy. He said that best performing officers of all the sections were awarded every month. Legendary cricketer was offered the brand-ambassadorship of the project on which he said that it would be an honor for him.

While expressing his views, the star cricketer said that Punjab Safe City Authority was the best project of Pakistan with reference to Security, Surveillance and Traffic Management. Former captain said that he was overwhelmingly pleased to see the project and the best equipment being used there. Inzamam also said that all Pakistanis should be proud of these youngsters who were making Pakistan safer. He congratulated all the officers and officials who played their part in establishing this trendsetter security project.

The Legendary Cricketer was awarded with a souvenir shield and a special cap of the authority.