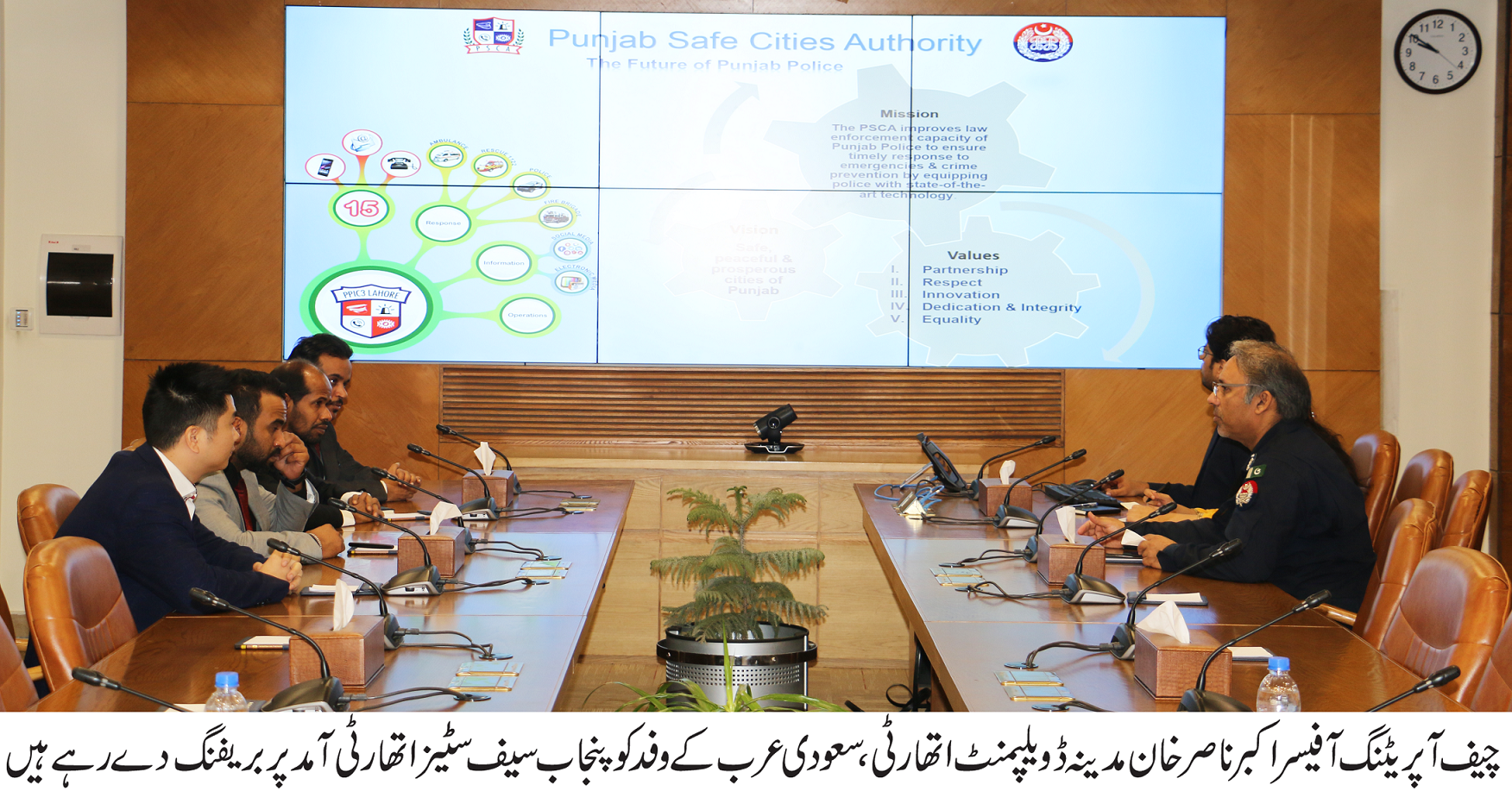 Safe City has become the hallmark of Lahore: DG NAB
The use of Modern technology and training in the Safe City project is commendable: MDA Chief

Saudi Arabian Government Organization Madinah Region Development Authority (MDA) delegation and Director General National Accountability Bureau (NAB) Lahore Saleem Shahzad visited the Punjab Safe Cities Authority on Tuesday. The delegations were received and briefed by Chief Operating officer Akbar Nasir Khan and Chief Administration Officer Muhammad Kamran Khan, they were led to various sections of the authority. COO PSCA briefed the delegation regarding provision of electronic data evidence and footages to various LEAs in addition to investigative wings of Police.
PSCA officers also briefed to the DG NAB and Saudi delegation about security monitoring with the help of cameras. The Delegations appreciated the technologies and practices in place as were demonstrated to them in detail especially about Intelligent Traffic Management System and Electronic Challaning. They showed keen interest in the unprecedented Facial Recognition Technology buttressed with swift and automated police interception protocols. They termed PPIC3, a monumental achievement towards integrated policing in Punjab, seeking emulation across Pakistan.
Speaking on the occasion, Saudi Arabian Government Organization Madinah delegation’s chief said that we are focused on developing the city of Madinah, which has nearly 1.3 million residents. MDA’s vision is to prepare Madinah, the second holiest city in the Muslim world, to meet the expectation of its residents and visitors up to the planning horizon of 2040. Delegation added, the quality of modern technology and training in the Safe City project is commendable.
Director General National Accountability bureau (NAB) Lahore Saleem Shahzad Speaking to the Authority officials, “you are not just doing your job, you are provide great service”. Safe City has become the hallmark of Lahore. Keeping it running successfully after the timely completion of the project should be your target. The visits concluded with the presentation of souvenir shields to the delegates.