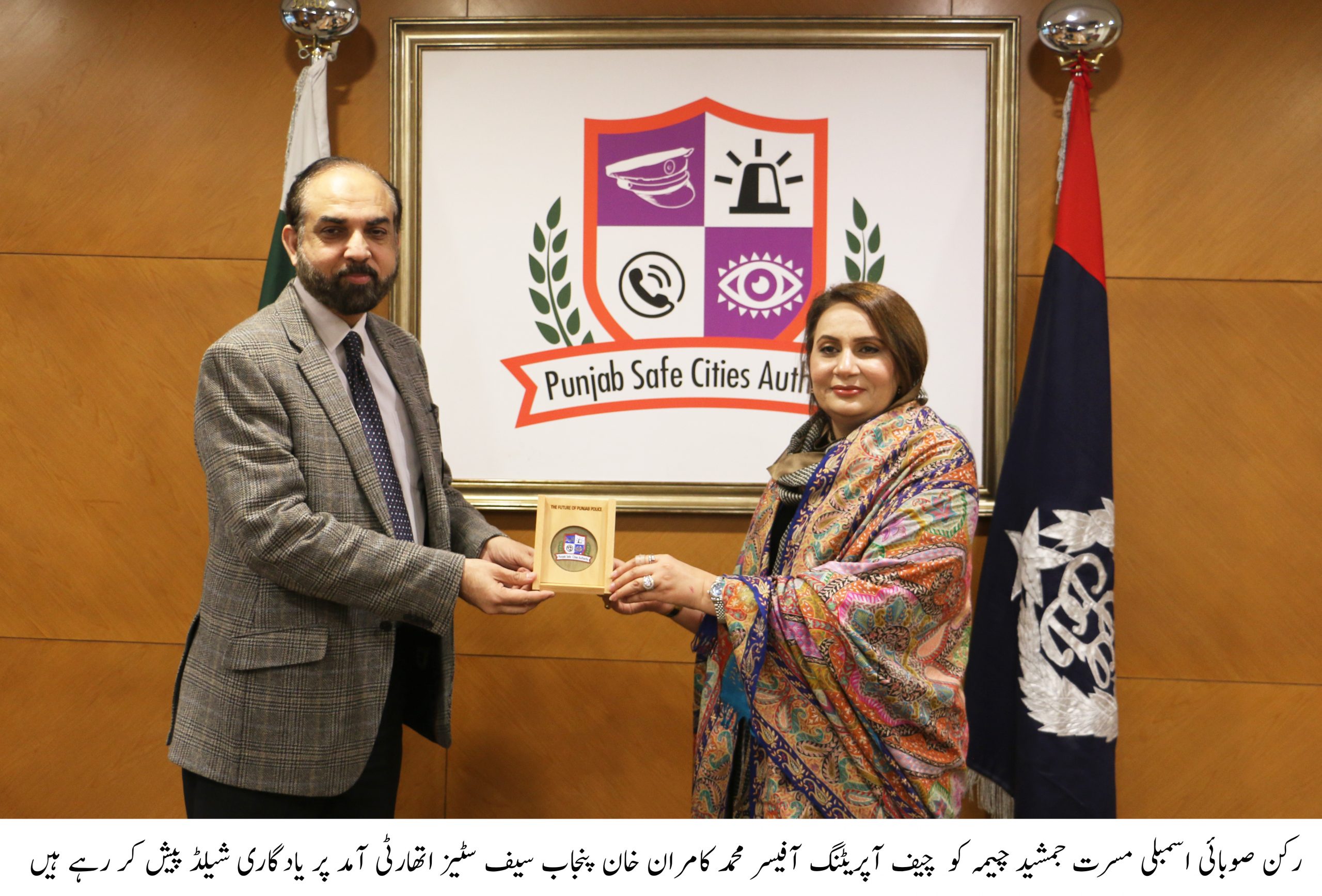 Lahore Jan 14:
Member Punjab Assembly Musarrat Jamshaid Cheema Visited Punjab Safe Cities Authority Headquarters Qurban Lines. Chief Operating Officer Muhammad Kamran Khan receive and was briefed about the working of the project. Honourable Guest visited various sections of PSCA such as Emergency Control Center, Operations & Monitoring Center and also briefed about Women safety app.
On this occasion, she praised the success of the PSCA and termed it an achievement. She further added that the working of this project is a role model for us. Lahore is safer and more peaceful than ever before. Due to modern infrastructure, Lahore is competing with major cities of the world. The Women’s Safety App is an ideal initiative of Punjab police to protect women, we will promote it all forums. She further added that Women Safety App should be part of the syllabus of colleges and universities. Despite limited resources, the Safe Cities Authority has played a significant role in crime prevention. The Punjab government will expand the masterpiece centers of modern policing across the province. The honourable Guest was later presented with a souvenir shield from the management.