MOU SIGNED BETWEEN PSCA AND DGPR 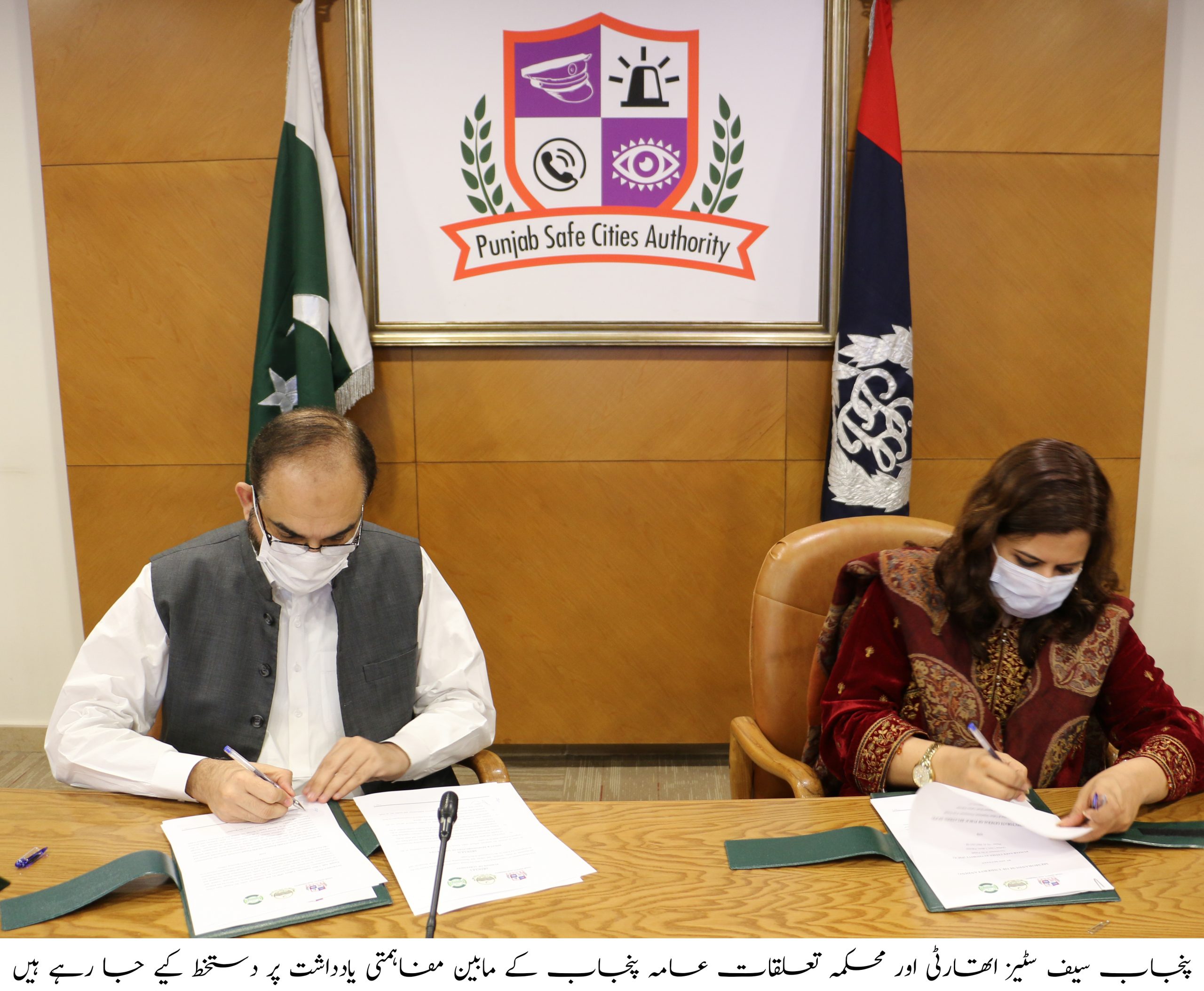 MOU SIGNED BETWEEN PSCA AND DGPR

In a most recent development carried out by the Punjab Safe Cities Authority – an appraisal meeting between high-ups of Punjab Safe Cities Authority and Directorate General of Public Relations Punjab took place here at Qurban Lines. The DGPR higher management and tech-wizards, in the command of DGPR Saman Rai, met with their PSCA counterparts headed by Chief Operating Officer PSCA Muhammad Kamran Khan.
A memorandum of understanding was signed during the meeting by Chief Operating Officer PSCA Muhammad Kamran Khan and Director General DGPR Saman Rai.
Under the agreement, people friendly initiatives of PSCA, Punjab Police and Punjab Government will be highlighted and publicised with mutual cooperation. The Chief Operating Officer PSCA said that co-operation between both the departments would help in the effective dissemination of government messages. DGPR Saman Rai said that DGPR is making all out efforts to highlight Punjab Government’s policies, initiatives and achievements. It was agreed to launch public awareness campaigns on various laws, government strategies and civil social responsibilities. The performance of the Punjab government will be effectively communicated to the people through digital media across Punjab, Pakistan and overseas. The cooperation between both the authorities will help in designing a more effective and result oriented communication approach. DGPR Punjab will assist Safe Cities in the outreach through its network across Punjab. In this regard, the PSCA will help, train and guide DGPR digital media team in generating and executing public awareness campaigns and to highlight the achievements of the Punjab Government. Later, Director General Public Relations Saman Rai and other officers also participated in a special program of Safe City Web TV.