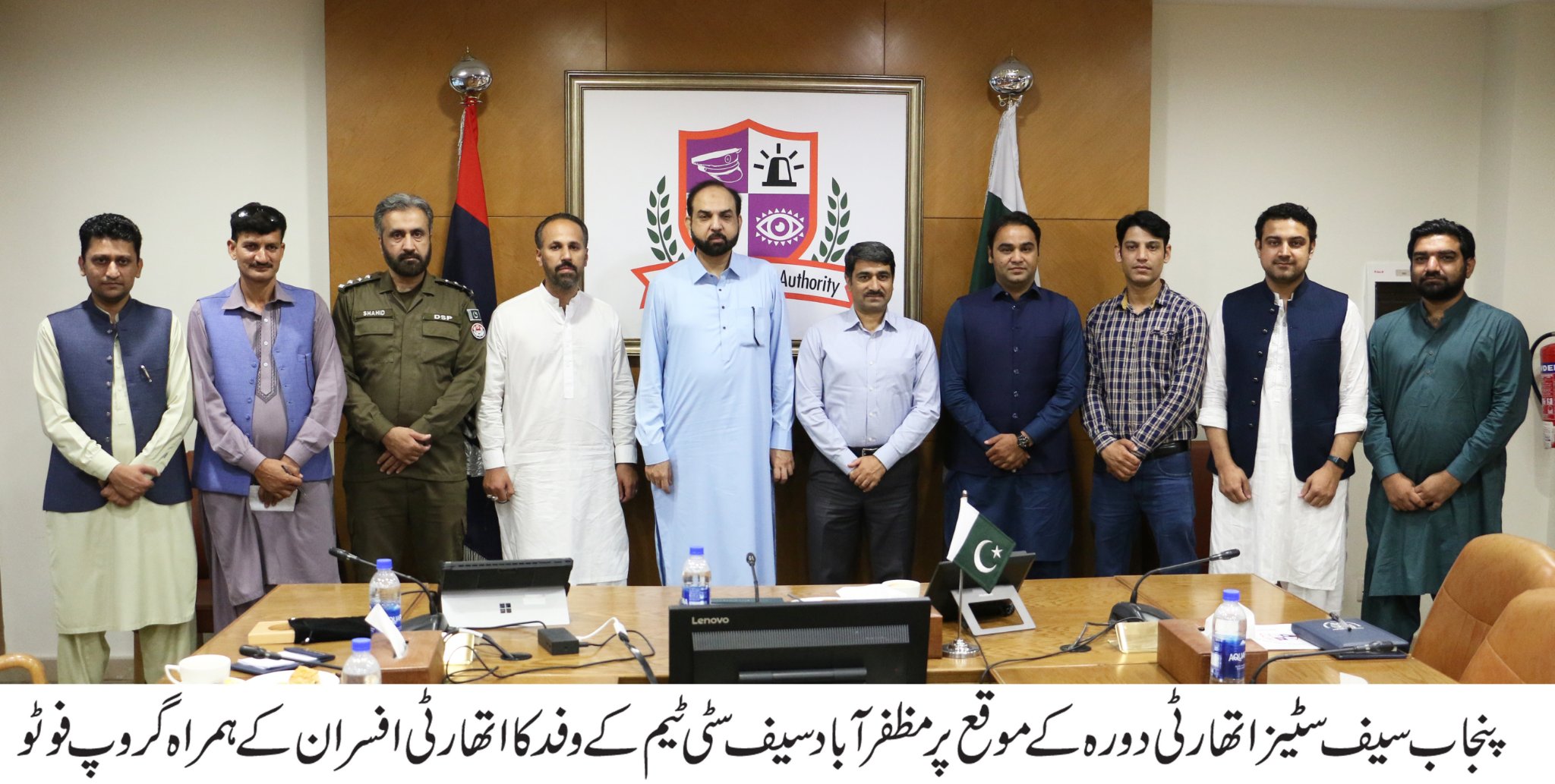 Lahore 11 June,
In a most recent development carried out by the Punjab Safe Cities Authority– an appraisal meeting between high-ups of PSCA and Muzaffarabad Safe City took place herein Punjab Safe Cities Authority Headquarters Qurban Lines Lahore. 5 members delegation under the supervision of SSP Riaz Haider met with Chief Operating Officer PSCA DIG Muhammad Kamran Khan.
The delegation was apprised of the functions and structure of the premier project of Punjab Safe Cities Authority by COO PSCA, while escorting the entourage, established the inevitability of such a pervasive and omniscient policing enterprise as a valid remedy to modern-day security challenges. The Officers appreciated the technologies and practices in place as were demonstrated to them in detail, especially about Intelligent Traffic Management System and Electronic Challaning.
The officers were briefed in detail as to how an intelligent traffic management system works in reducing traffic violations and ultimately road crashes. They were further informed as to how the data can be used for accident analysis and possible preventive measures can be taken accordingly. The officers also expressed awe and satisfaction with the authority’s capability to record and produce geo-positioning data and tagging of vehicles within the metropolis by the virtue of ANPR technology and a geo-strategic grid of capacitated CCTV cameras.
Chief Operating Officer Muhammad Kamran Khan said that PSCA will provide maximum technical and operational support to Muzafarabad Safe City project in the installation of cameras, formation of the command center, networking, and communication. PSCA has already provided assistance to establish Safe and Smart City projects in Quetta, Peshawar, Islamabad, and Karachi. On this occasion, Muzaffarabad Safe City officials said that Punjab Safe Cities Authority’s experience will be highly beneficial for making Muzaffarabad safe and secure. PSCA is a masterpiece project of modern technology and a success story of modern policing in Pakistan.