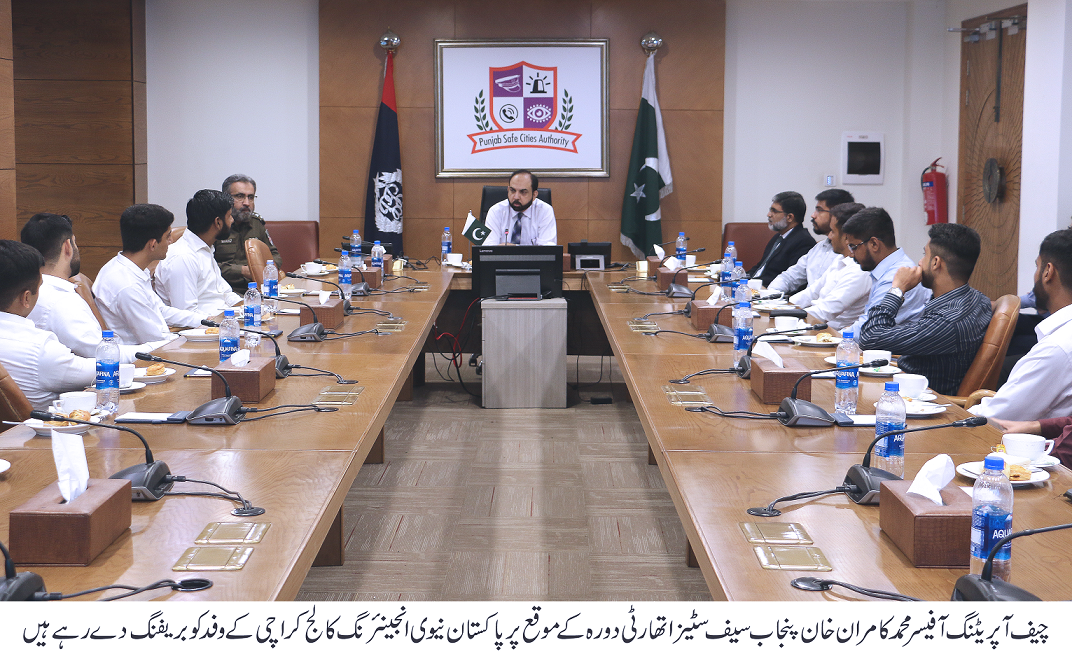 PSCA IS A CONFLATION OF ENGINEERING AND MODERN POLICING: NAVAL DELEGATION

The delegation showed keen interest in the state-of-the-art project.  “PSCA is a conflation of engineering and modern policing”, they said. “Such an advanced and centralized security mechanism to optimize metropolitan security is plausible!” they further added. At the end of the visit, souvenir shields were exchanged between the PSCA and Delegation.