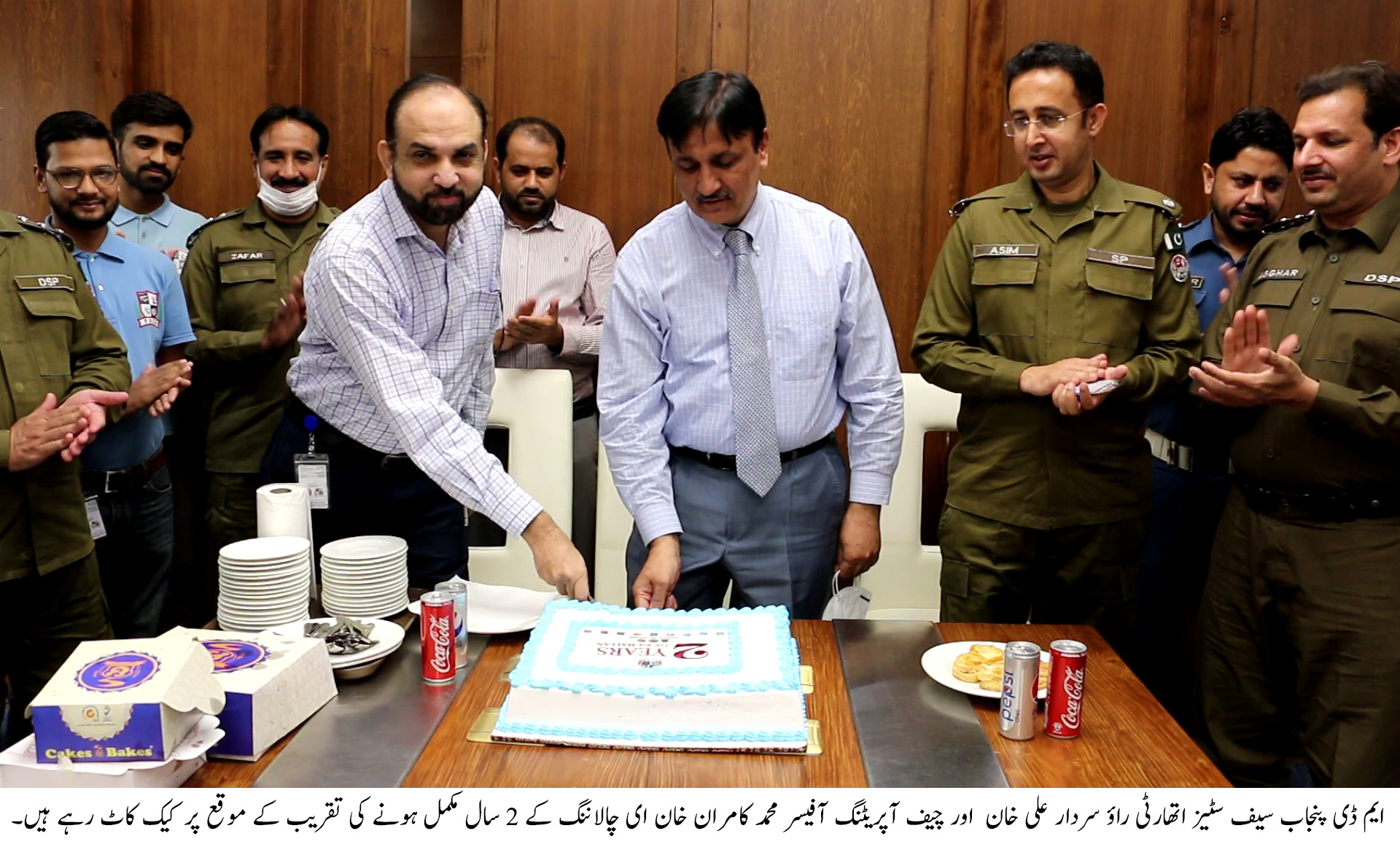 Punjab Safe cities Authority completed Two years of e-challans through cameras in Lahore. More than 4.4 million electronic challans have been issued by the authority during Two years. According to the Punjab Safe Cities Authority, 339 million rupees fine was deposited in the national exchequer in the form of E-challans payment. Out of the total e-challans, 2 million 75 thousand vehicles and 2.2 Million and 90 thousand motorcycles were challan while more than 85 thousand commercial vehicles were also challan during these two years.

According to a report, the number of fatal accidents has also decreased by more than 40% and according to an international website Nambeo, the traffic index in Lahore has improved by 91 degrees.

On the successful completion of the project’s two years, the cake cutting ceremony was arranged in PSCA headquarter where managing director Rao Sardar Ali Khan and chief operating officer Muhammad Kamran Khan expressed their views and congratulated the PSCA team. Rao Sardar Ali Khan said that road accidents and causalities have considerably reduced due to effective traffic management and e-challans during Two years. COO PSCA Muhammad Kamran khan also congratulated all the team on the successful merit-based operations of e-Challaning project. He added more, the first day of the e-challaning system saw more than one Lack of traffic violations, which have been reduced to less than half today. A large number of police communication officers including Operation Commander Asim Jasra, DSP Asghar Goraiya, and other traffic officers attended the function