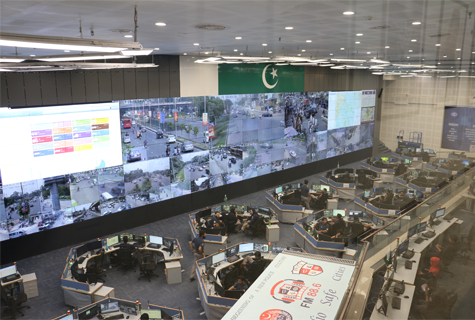 Punjab Safe Cities Authority punitive action for its E-Challan collectibles here on Friday. The PSCA finalized the framework of blacklisting the vehicles of E-Challan defaulters. PSCA seized a non-paying car of 83 e challans defaulter. According to details, the vehicle was checked near Mazang Police station during surveillance through Punjab Safe Cities Authority cameras. The vehicle was intercepted by traffic wardens on the instruction of PSCA. Vehicle e-challans were checked through an app provided by the authority to the traffic police. The vehicle was found to be in default of 83 e-challans. The vehicle was seized at Mazang police station for non-payment of fine. The amount owed by the owner of the non-paying vehicle is Rs. 41,300.

According to the spokesperson of Punjab Safe Cities Authority, a joint operation of City Traffic Police and Safe Cities is underway against non-paying challan vehicles. For smooth action, the authority has also provided devices and printers to the city traffic police. With the help of devices, e-challan non-paying vehicles can be easily checked status. 17 teams of traffic police are also taking action against defaulter vehicles.

He concluded, Citizens can visit https://echallan.psca.gop.pk to check the status of E-Challan against their CNIC and registration number. E-Challans can be paid in all branches of Bank of Punjab and the National Bank.