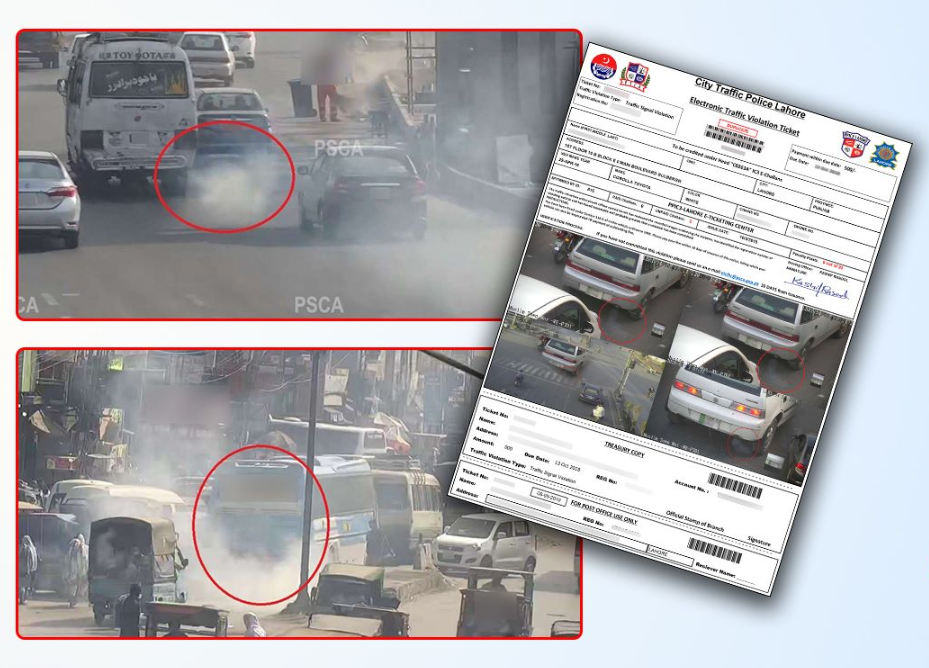 It was decided to take stern action against vehicles that cause environmental pollution. According to the details, as per the orders of Lahore High Court, Punjab Safe Cities Authority will issue e-challans for smoke emitting vehicles here on Saturday. Moreover, Smoke emitting vehicles to be fined up to Rs 2,000 and confiscated for 3 days. On the other hand entrances and exits of the Metropolitan City, busy and important Roads will also be monitored with PSCA cameras. In this regard, Punjab Safe cities authority, Environment Department and City Traffic Police will work together and joint operations will be launched against smoke-emitting vehicles. The PSCA will also provide photographs of the emitting vehicles to the Environment Department. The Member of the Department of Environmental Protection will be on duty at the PPIC III Center. The authority will identify vehicles emitting smoke on the roads the city traffic police will take action against them. According to the spokesperson of Punjab Safe Cities Authority, the authority will also raise awareness about environmental pollution and smog on social media.