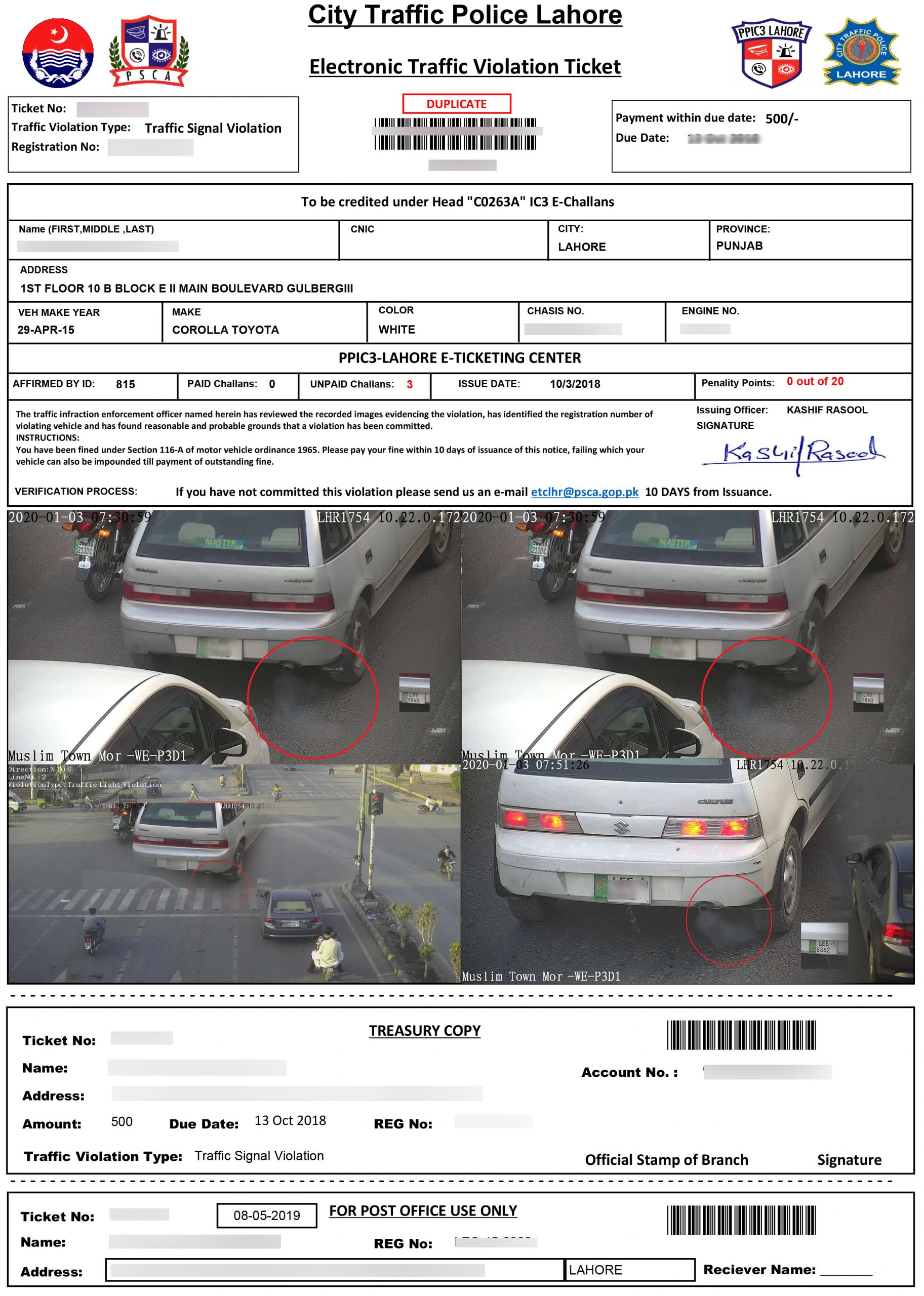 In one year, 1,986,464 electronic challans were issued
192.73 million Was deposited in the national exchequer.
Authority took action against more than 24,000 non-paying challan vehicles: spokesperson

Punjab Safe Cities Authority has released electronic challan data for the year 2020 here on Thursday. According to the details, in one year, 1,986,464 electronic challans were issued. Out of the total e-challans, 999,398 challans were issued for vehicles and 949,436 for motorcycles and rickshaws. 37,630 commercial vehicles were also challaned during last years.
In the form of e-challan fines payment, Rs. 192.73 million was deposited in the national exchequer. Out of which the car owners paid the amount of the fines of Rs. 159.792 million. Motorcycle and rickshaw owners were fined Rs. 263.91 million. Owners of commercial vehicles submitted Rs. 65,055,500 as challan fine amount. The spokesperson of Punjab Safe Cities Authority said that the authority had taken action against more than 24,000 e-challan non-paying vehicles. In addition, e-challan online payment has been introduced for the convenience of citizens. Citizens can pay e-challan penalty at home from the e Pay application.