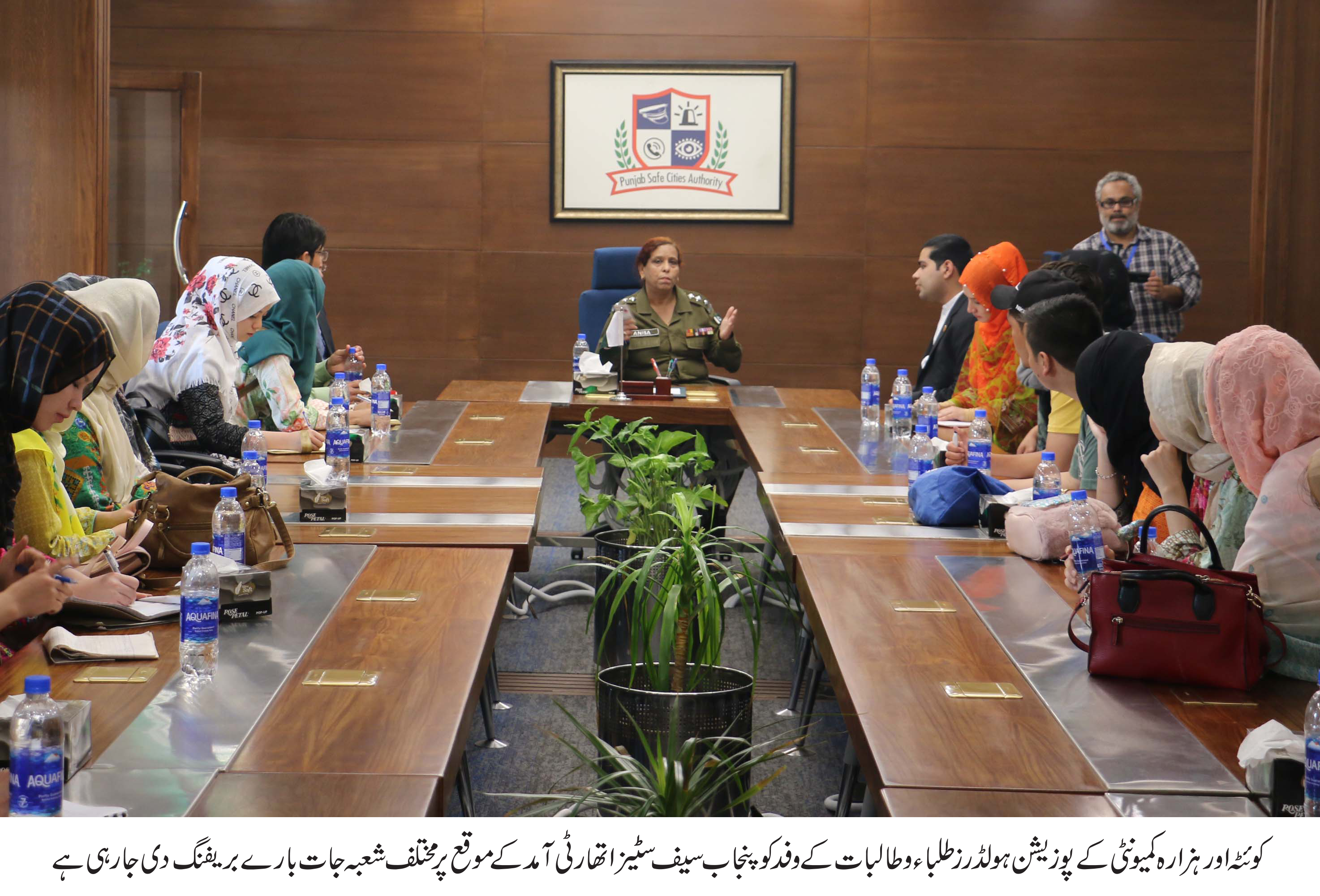 The students felt overwhelmed by the level of excellence carried out in such intricate ICT project of its kind in Pakistan. The delegation also appealed to the Balochistan government to complete the Quetta Safe City project as soon as possible. The participants of the delegation hoped that such projects will be replicated in other provinces of Pakistan for better surveillance, security and traffic management.