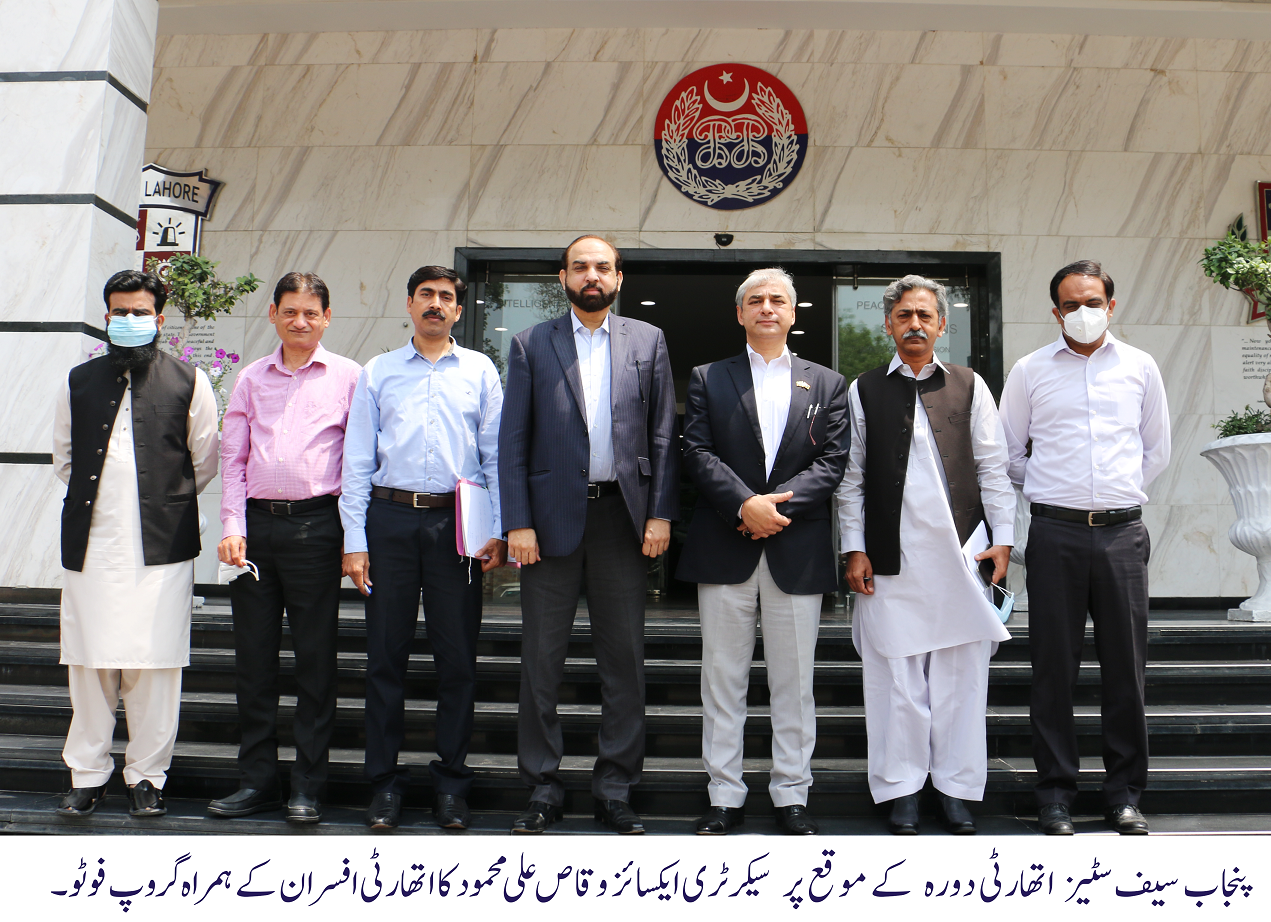 Secretary Excise and Taxation Punjab Waqas Ali Mahmood accompanied by a delegation visited Punjab Safe Citizens Authority Headquarters here on Wednesday. Chief Operating Officer Muhammad Kamran Khan briefed the delegation about the working of the authority and electronic challan system. A joint meeting was held on the occasion regarding traffic e-challan and excise data in which important decisions were taken for public convenience and better service delivery. Chief Operating Officer Muhammad Kamran Khan informed during the meeting that the Safe Cities Authority was issuing e-challans for violations of traffic rules in the city. He said that a crackdown on vehicles with fake number plates and suspicious vehicles was also going on indiscriminately. The Chief Operating Officer said that due to the efforts of Safe Cities Authority and Traffic Police, the number of fatal accidents in the city has been reduced by 40%. Talking on the occasion, Secretary Excise and taxation Waqas Ali Mahmood said that the electronic ticketing center and traffic team of Safe Cities Authority was doing an excellent job. He said that the excise department would share the updated and complete address database of vehicle owners with the Safe Cities Authority so that the citizens could receive their E-challans at their homes in time. It was decided at the meeting that the excise department would issue instructions to private banks and dealers to share the addresses of vehicle owners. It was unanimously decided in the meeting that the information of Excise Token Tax and Safe Cities Electronic Challan would be combined in the database so that citizens may have a clear idea during sale and purchase of vehicles. At the end of the meeting, a commemorative shield was also presented to Secretary Excise and Taxation Punjab.