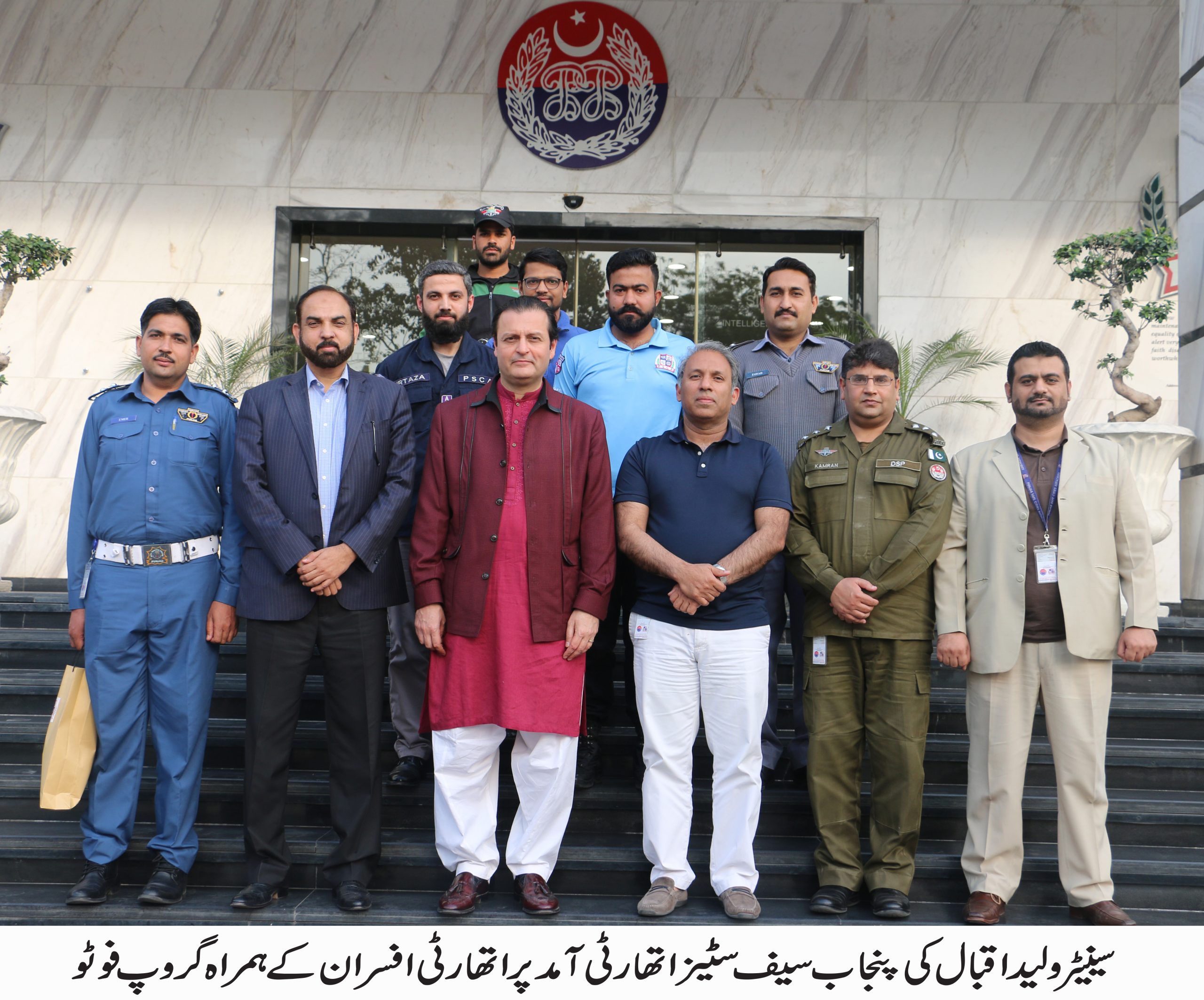 Punjab Safe Cities Authority was graced by the presence of dignitaries such as Senator Waleed Iqbal and All-rounder Cricketer Muhammad Hafeez on Saturday. Both the dignitaries visited the authority to have first-hand insight of its operations and to speak to the workforce of Punjab Police Integrated Command, Control and Communication Center. They were welcomed by COO PSCA Akbar Nasir Khan and CAO PSCA Muhammad Kamran Khan.
On IC3 Floor, Senator Waleed Iqbal explained to the PCOs Iqbal’s philosophy of upright self-consciousness and individual identity. “Our national poet Allama Muhammad Iqbal through his soul-lifting poetry paved the way for bringing into existence Pakistan, for which the entire nation will ever remain indebted to the poet of the East and I feel myself very lucky to have been the direct descendant of this sage full of sublime knowledge and disposition”, said Senator Walid Iqbal. He appreciated the vigilant staff members performing duties in various section of the authority and termed them as bright future of Pakistan.
All-rounder Cricketer Muhammad Hafeez also visited Punjab Safe Cities Authority following the senator. Star all-rounder was taken to various sections of the authority and was briefed about its key functions. While expressing his views on the occasion, the ‘Professor’ said that he was surprised to see the technological development and latest gadgets being used in the Punjab Police Integrated Command Control and Communication Center. He said that Lahore appeared to be safer after witnessing safe cities’ surveillance and monitoring operations. He said that he was feeling proud that such technology was being used in Pakistan for security purposes. No one can deny the role that Punjab Safe Cities Project had played in bringing back cricket to Pakistan, he added while addressing to the PCOs from the floor. Muhammad Hafeez congratulated all the officers and officials who played their part in establishing this trendsetter security project. The Cricketer also participated in a live program on Radio Safe Cities FM 88.6 where he responded to listeners’ questions.