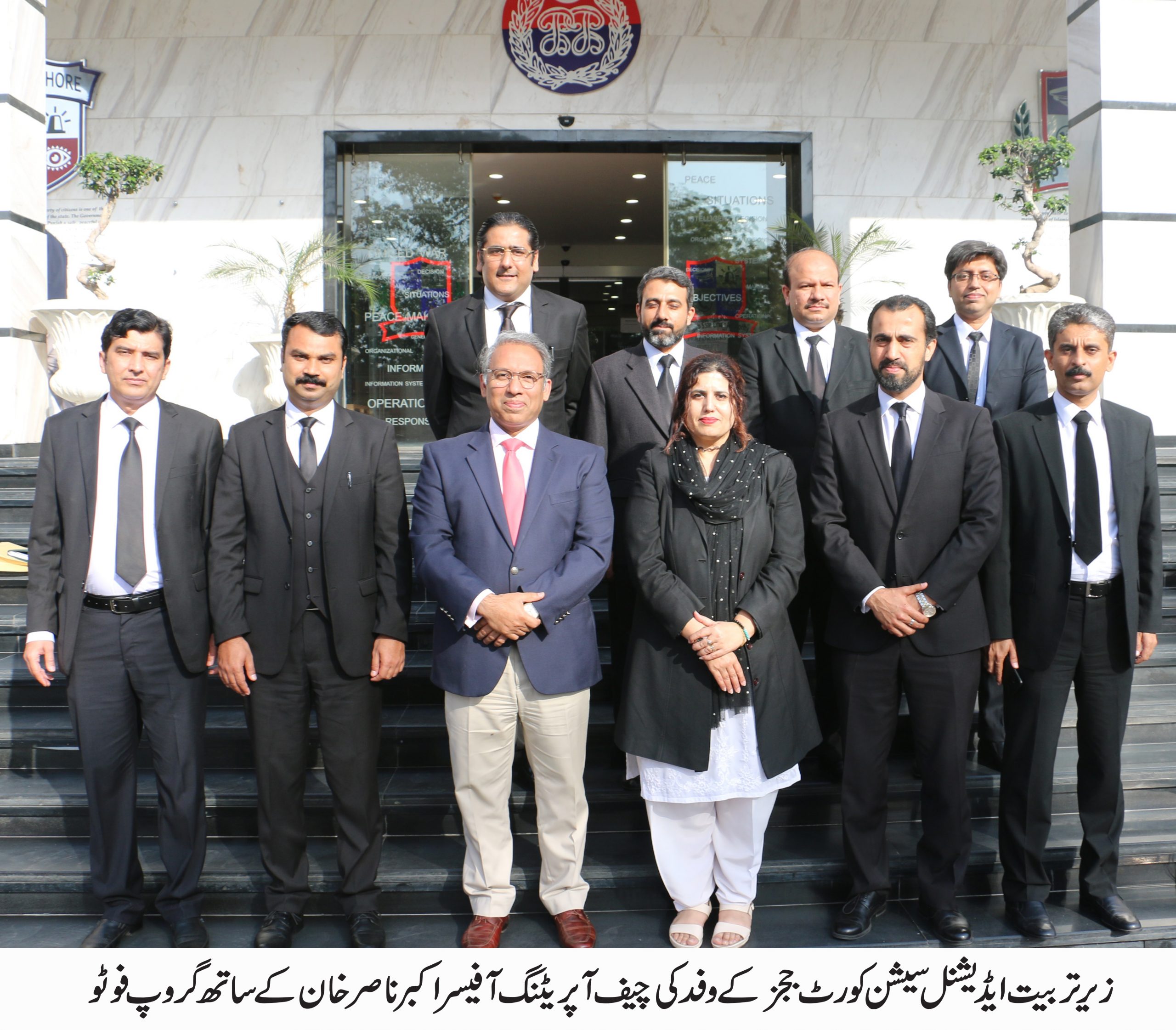 PSCA EVIDENCES ARE REALLY HELPFUL IN CONCLUDING THE CRIMINAL TRIALS: HONORABLE JUDGES
THE JUDGES EXPRESSED SATISFACTION ON THE INTERNATIONAL STANDARDS OF SERVICE AND QUALITY MAINTAINED BY THE AUTHORITY TERMING THE LATTER A PRIDE OF PAKISTAN

A delegation comprised of 10 under training Additional session court judges called on Punjab Safe Cities Authority. COO PSCA Akbar Nasir Khan welcomed the delegation and extended an insightful discourse on infrastructure and provisions of the authority in addition to the primary purpose of this workshop on the significance and impact of PSCA’s game-changing Judicial Forensic Evidence to the LEAs and Courts of Law. The honorable judges concurrently acknowledged the inevitability of the provided evidence in concluding the criminal trials. They also expressed satisfaction on the international standards of service and quality maintained by the authority terming the latter a pride of Pakistan.
The delegation also had a chance to monitor in real-time various sections, operations and technologies during their briefing on IC3 floor. They also termed it as key project for Intelligent Traffic Management System bringing road accidents significantly down to minimum. The delegation was presented with souvenir shield in the concluding moments.