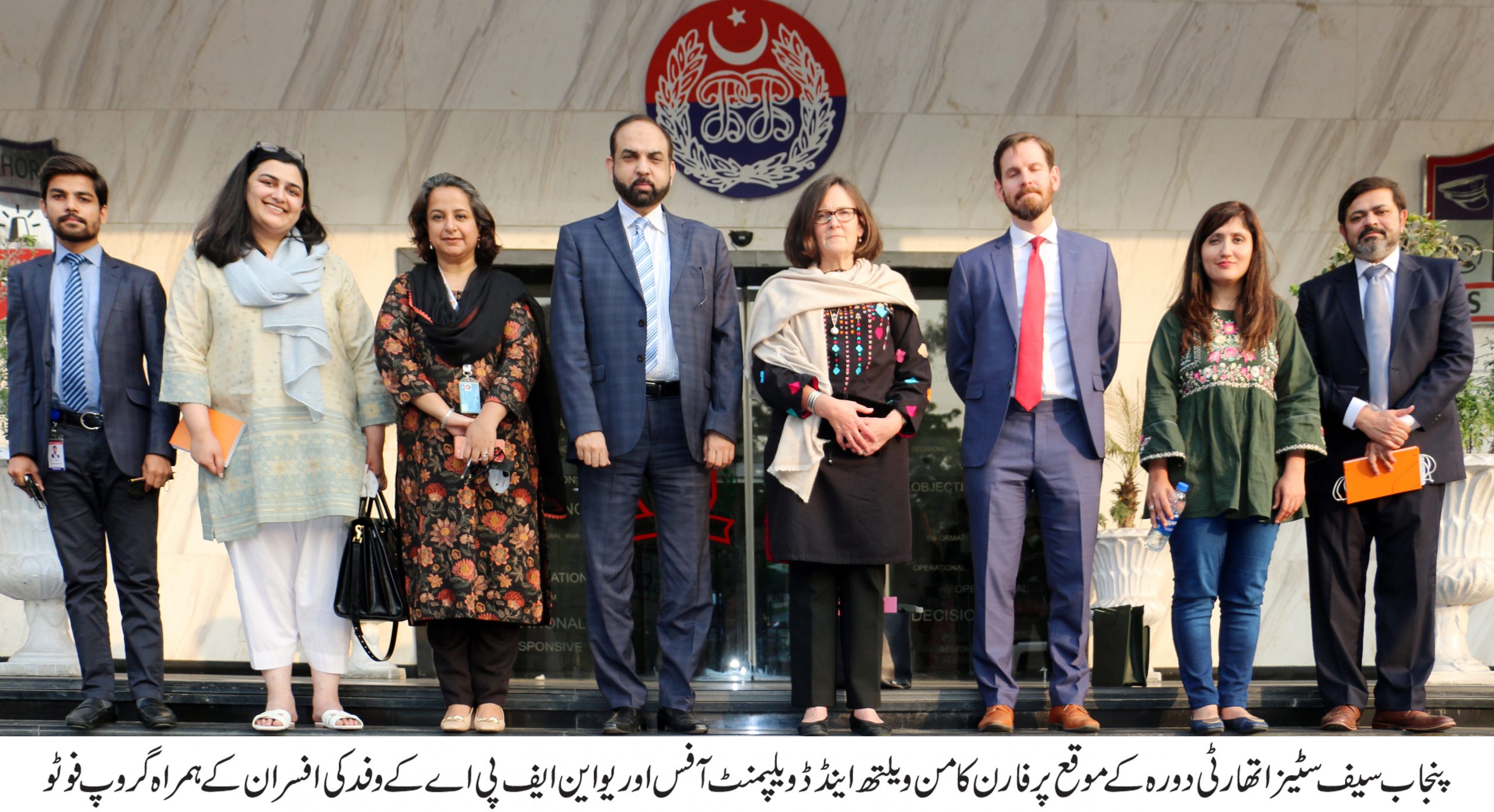 WOMEN EMPOWERMENT, PROTECTION AND PARTICIPATION DISCUSSED
PSCA’S WOMEN SAFETY APP A JEWL IN THE CROWN: COO
EFFORTS MADE BY PSCA FOR WOMEN RIGHTS ARE PHENOMENAL: PARTICIPANTS
PSCA WOMEN WORKFORCE UP TO 25%: COO PSCA
Lahore Nov 30:
Foreign, Commonwealth and Development Office and United Nations Population Fund delegation visited Punjab Safe Cities Authority Qurban Lines here on Wednesday. The 6-members’ delegation was received by COO PSCA Muhammad Kamran Khan who discussed agenda points such as women safety application, women empowerment, protection, workforce participation within and through PSCA as both an organization and a law enforcement cum security-provider body in the society. He also substantiated to the UNFPA delegation the promising fact of women participation being up to 25% of the authority’s total workforce. The representatives lauded PSCA’s initiatives of providing easily accessible security on the palm of women by PSCA’s comprehensively featured android app namely the Women Safety application.
On this occasion, COO Muhammad Kamran Khan briefed the delegation that the app is loaded with features such as secured route mapping, location sharing and one-touch SOS call for immediate security provision and deployment.
He added more, It’s not possible to educate women about the app without the support of civil society. The number of people installing apps designed to protect women is growing rapidly.
Expressing views on the occasion, the Foreign, Commonwealth and Development Office delegation said, It’s a good initiative to create an app for the protection of women. FCDO is always ready to provide all possible support for the awareness of the Women Safety App.
The delegation was also briefed about various sections of IC3 for a real-time functional demonstration of the integrated security platform. A commemorative shield was also presented by PSCA at the end of the visit.