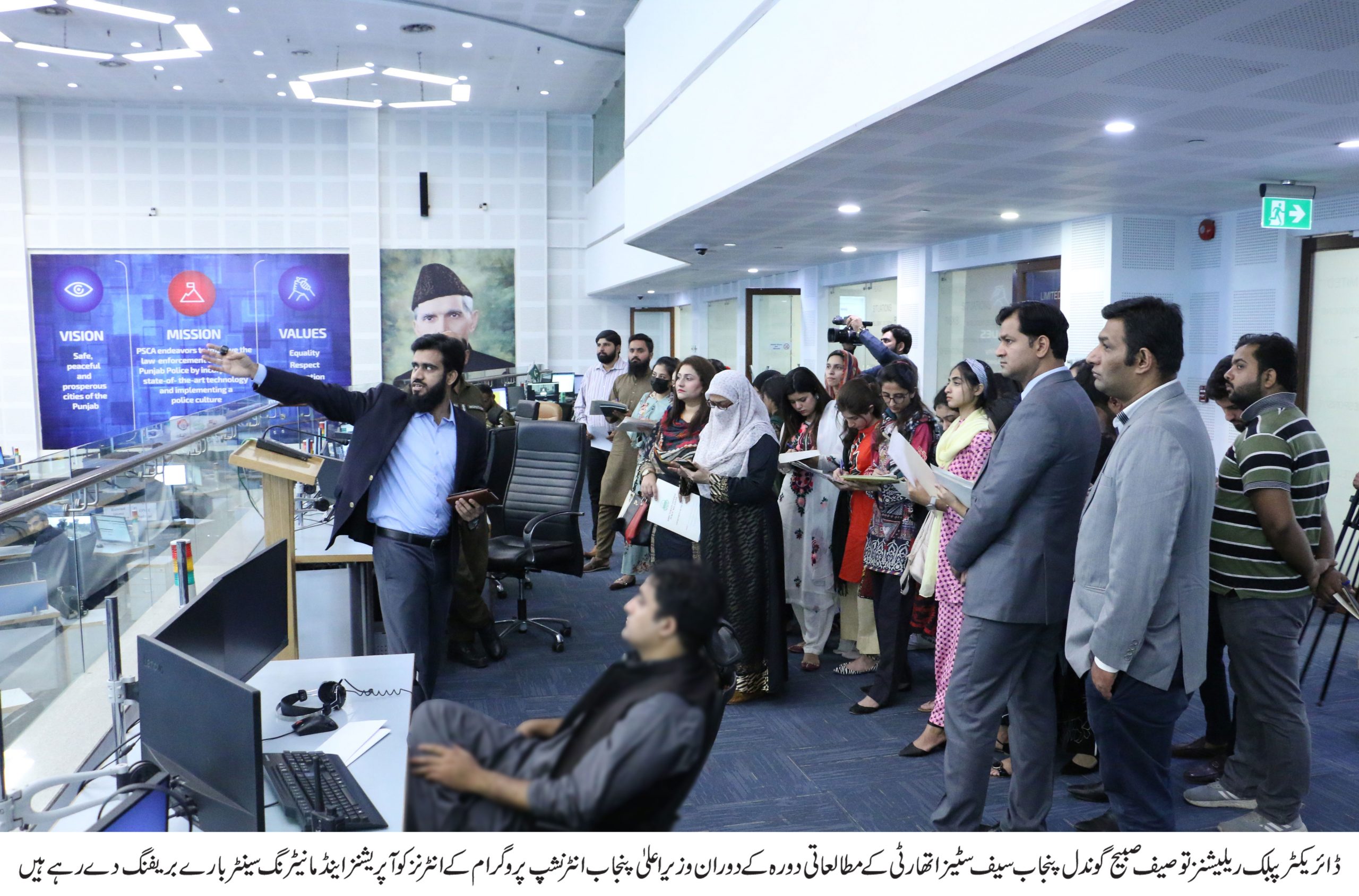 A delegation of Chief Minister Internship program students paid a study visit to Punjab Safe Cities Authority headquarters. 30 media studies interns led by DGPR officers participated in the delegation. The delegation was given a detailed briefing on the project by Director Public Relations Tauseef Sabih Gondal and visited various departments of the authority.

The students were briefed on public awareness campaigns, media management and women safety app features. Speaking on the occasion, Director Public Relations Tauseef Sabih Gondal said that the Integrated 15 system of Safe Cities Authority has significantly improved the police response time while the implementation of Intelligent Traffic Management System has reduced the number of fatal accidents by 43 percent. He further said that Punjab Safe Cities Authority played a significant role in revival of international cricket in Pakistan and thus played its part in improving Pakistan’s image in the world. On the occasion, Deputy Director Hifza javaid said that the DGPR is providing the best market experience to the youth through practical internship program. Expressing their views, the participants of the delegation said that they were very impressed with the professionalism and capability of the Safe Cities team. The students said that Women Safety Application is the best initiative of Punjab Police for the protection of women.