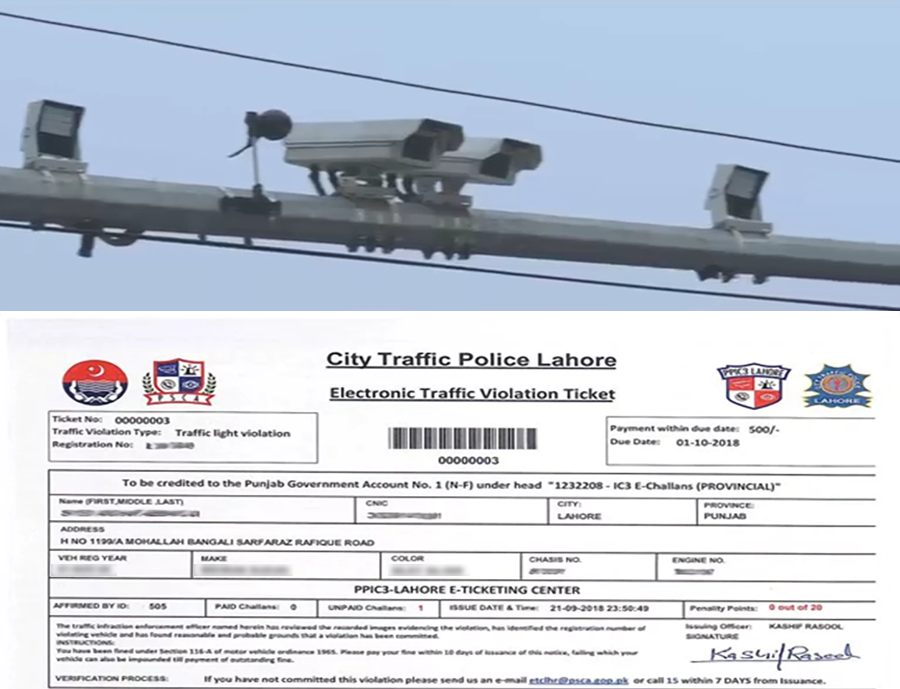 The Punjab Safe Cities Authority (PSCA) has impounded a vehicle over non-payment of 79 e-challans on Wednesday. According to the details, a blacklisted vehicle was spotted by the PSCA cameras during surveillance near the Faisal town. The vehicle was intercepted by the traffic wardens on the instruction of PSCA. The vehicle e-challans were checked through an app provided by the authority to the traffic police. The said vehicle owner was a defaulter of 79 e-challans hence it was seized at the Faisal Town police station for non-payment of the fine. The amount payable by the owner of the vehicle is Rs.55000/-.
According to the spokesperson of Punjab Safe Cities Authority, the vehicle release conditional to the full settlement of e-challans. He informed that the Punjab Safe Cities Authority and City Traffic Police have launched a joint operation against e-challan defaulter vehicles. Similarly, the authority has also provided app and printers to the traffic police. With the help of the app, e-challan defaulters can be easily checked status. Moreover, CTO Syed Hamad Abid has also formed 17 teams in this regard also taking action against defaulter vehicles.