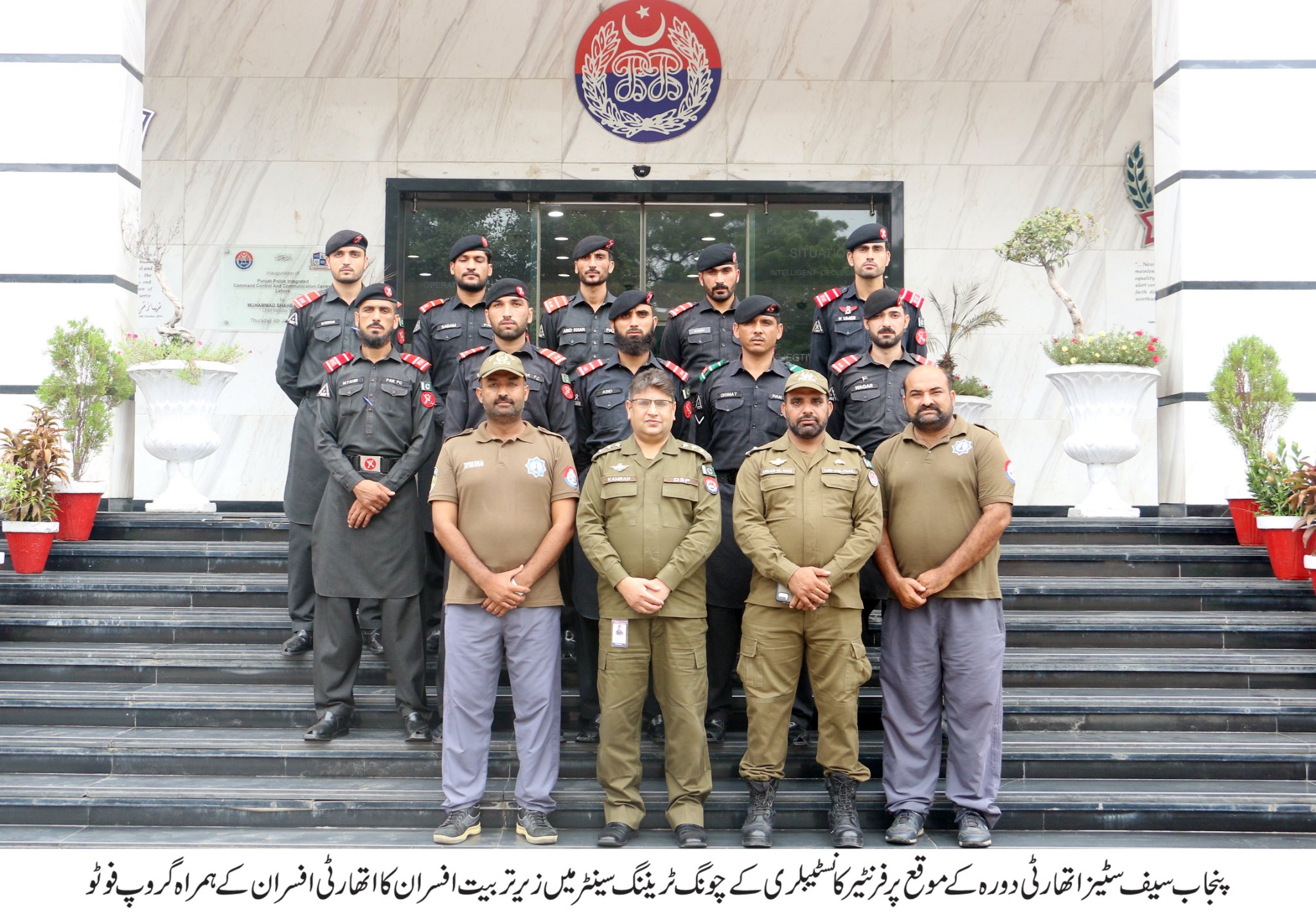 Under training frontier constabulary police officers from, Police Training College Chung visited Punjab Safe Cities Authority here on Thursday. According to the detail, the 13 member delegation was briefed about the working of the PSCA by DSP Coordination PPIC-3 Muhammad Kamran, he also took the officers on a Visit to various departments.
Among the participants in the training course, 10 police officers have also given training in the Operation and Monitoring Center, 15 Call Center, PUCAR 15 Center. In addition, the officers were also briefed on Advanced Traffic Management, e-Challenging systems, data analysis center, LTE handsets, Women Safety App, and Media Management center.
On this occasion, the training officers said that visit to the Punjab Safe Cities Authority has become an integral part of the course. This project is important for change in police culture. The scope of the technology masterpiece project should be expanded. Punjab Safe Cities Authority is playing a role model for other provinces. Modern training of safe cities and intiriot force will be helpful to perform duties in the best manners.